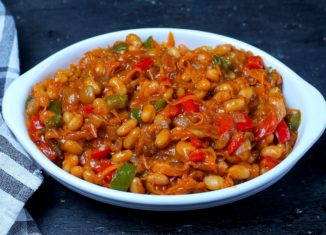 The African continent comprises several beautiful countries with hundreds of astonishing cultures. Africa provides an array of spicy, flavorful, unique, and nutritious dishes of its own kind with such rich diversity. If you are interested in making African dishes, here are five must-try cuisines you should consider making sometime in the near future.

Pilau is one of the most delicious and popular dishes in East African countries, including Kenya, Tanzania, Uganda, and Rwanda. While every country has its own pilau variation, the base ingredient remains to be rice. Pilau is cooked by first preparing the pilau masala, which involves mixing peppercorn, cinnamon, cloves, and cumin. Then, you fry the onions in a pot until they are golden. Add your meat chunks into the pot and stir for 2 minutes. Add the masala, tomato paste, and other desired flavors to the mixture. Add water and bring to a boil, then add rice. Heat until the water dries up. Swerve while hot. This is a filling and delicious dish that will satisfy anyone’s taste buds.

Mandazi, sometimes known as puff-puff among some cultures, is traditional African food made from wheat dough. In Nigeria, Senegal, Cameroon, and Sierra Leone, its common name is puff puff. In Kiswahili-speaking cultures, it’s referred to as mandazi. This African donut is made by whisking together wheat flour, sugar, cardamom, salt, egg, and baking powder. The baked dough is then cut into pieces and deep-fried till brown. Mandazi are not quite as sweet as American donuts, but can be sweetened and flavored with coconut flakes if you wish to do so.

Fufu is one of the most popular dishes in the western and central parts of Africa. Fufu is a starchy dough that is made from boiled and powdered cassava or yams, which never lacks in the West African store. Sometimes known as foo foo, the food is made by first slicing fresh yams/cassava into sizable chunks. The sliced yams are then boiled for about 30 minutes until they become soft. The boiled yams are cooled in a separate bowl, and flavors such as pepper, salt, and olive oil are added to them. The mixture is mixed until a smooth texture is achieved. The fufu is then rounded in different desirable shapes and served either with stews, soup or sauces.

If you want to taste Southern Africa treats, then chakalaka will be your option. Chakalaka is packed with carbs, vitamins, and proteins, hence nutritious. It’s made by first heating oil on a pan and adding onion till golden brown. Flavors such as garlic, ginger, and pepper are added. Other ingredients such as carrots, tomato, and curry powder then follow the mixture. Once it is heated to a thickened mixture, then baked beans are added and stirred gently for 5 minutes. The chakalaka can be served with pap, rice, or corn porridge.

Pondu is one of the most common dishes in central parts of Africa, spanning from DRC, Chad, Rwanda, and Congo. It is made from cassava leaves, onion, palm oil, and chili. This dish is rich in calcium, vitamins A and C, and protein. Commonly it is prepared during special occasions such as weddings. It can be served with smoked fish, sardines, or chicken.
The African continent contains a diverse culture- each with its specific favorite dish. Therefore, if you are planning to make an African dish, the list of favorite dishes can be endless. However, the above-mentioned ones are some of the most common and staple. Visit a local African store to find the ingredients you need and for additional recommendations.