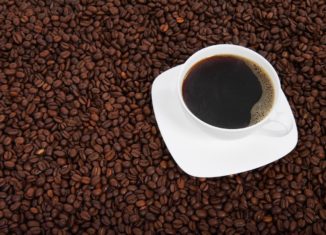 Most coffee takers love the caffeine brew due to the energy boost. But unknown to many, there are multiple science-proven benefits of having a cup of coffee every day. On top of the energizing effect, drinking coffee daily is linked to multiple potential health benefits that will give you more reasons to have it brewing.

If you are a coffee lover or want to start a coffee consumption journey, here’s a look at 7 Health Benefits of Coffee Everyday you can expect from coffee.

1. Put the Risk of Type 2 Diabetes at Bay

Regular consumption of coffee may be linked to lowering your risk of type 2 diabetes in the long run. This is due to the ability of coffee to preserve and maintain the function of the beta cells of the pancreas. Beta cells produce insulin to regulate your blood sugar levels.

A review of 30 studies showed that every cup of coffee consumed daily was linked to lowering the risk of developing type 2 diabetes by 6%.

Furthermore, a research study found that people consuming one to two cups of coffee daily were 17% more likely to attain the recommended physical activity than those who only had a single cup or less per day.

Interestingly, many studies have suggested that coffee can generally protect against multiple health conditions. For instance, a study found that taking at least 2 cups of coffee each day was linked to lowered rates of liver cancer and liver scarring for people with liver disease.

Other research shows that the more the coffee intake, the lower the chances of death from chronic liver disease. At least a cup of coffee daily was linked to a 15% lowered risk, while at least four cups per day were estimated to reduce the risk by 42%.

Drinking coffee daily is linked with improved heart health by lowering the risk of stroke, heart failure, and heart disease. One research review found that having at least three to five cups of coffee daily was linked to lowering the risk of heart disease by 15%. Another study showed that having three to four cups of coffee per day was associated with a 21% reduced risk of stroke.

5. Coffee Is Associated With a Longer Life

Research suggests that a daily coffee intake may help extend life longevity through many health benefits. A review of 40 different studies indicated that having anywhere between two to four cups of this beverage was associated with a lower death risk regardless of other factors such as weight, age, or alcohol consumption.

Coffee is often an ergogenic aid for many athletes, meaning a performance enhancer because coffee naturally raises energy levels. A review of 9 studies showed that having coffee before exercising improves one’s endurance and decreases perceived struggle, exertion, and strain compared to a control group.

Coffee contains caffeine, which is a stimulant for the central nervous system. Caffeine is famous for its ability to beat fatigue and raise energy levels.  It increases other neurotransmitters in the brain, responsible for regulating energy levels.

Research found that coffee reduces the subjective level of fatigue and increases the time taken before exhaustion by 12% during a cycling exercise.

Coffee is a popular beverage, with researchers studying it extensively to uncover its multiple benefits to our health. From weight loss management protection against chronic disease to boosting athletic performance, it’s clear from multiple unbiased research studies that coffee has multiple undeniable health benefits. So, why not grab yourself a cup today!

Easy Health Tips for Everyone
Get Rid of Lower Back Pain- 5 Highly Effective Home Treatments for You
Eat Your Way To Better Sleep
Health benefits and risks of coffee
Food with benefits : Gain the Competitive Edge With a “Food-First” Approach