You are here
Home > Beauty > Baking Soda & Lemon Juice: A Myth or a Perfect Cleanse 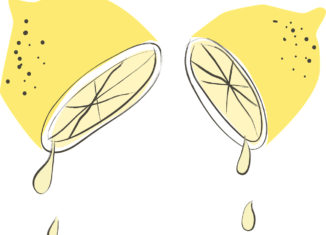 In the age where every day we’re hearing about some new cleanse that’s going to change your life for the better. Some new combination of foods or essential oils that is going to fix every problem you’ve got.

It could be something to treat a digestive issue, a respiratory issue or some kind of skin condition that you’re dealing with. And the thing about most of them is that they aren’t necessarily supported by facts.

While some of them are effective and a few are probably bulletproof, a lot of so-called cleanses were probably just a random mish-mash of ingredients that someone happened to have in their diet around about the time they started to recover from some minor issue.

Maybe these things that they think had a cleansing effect actually did help on some level but in all likelihood it was coincidental or it won’t have the same effect on everyone that it had on one specific person.

But having said all of that, there isn’t really any harm in trying some of these cleanses to see if they work for you, and it’s also well worth your time looking into them and analyzing the contents to see if there is any real evidence to support its benefits.

One particular cleanse that is making the rounds is baking soda and lemon juice. The idea is that it’s good for your skin, it’s good for fighting nausea and the common cold and it can help to whiten your teeth.

The promotion of this cleanse has encouraged a lot of people to not bother with verified medication for their problems. Many people are just using baking soda along with fruit that they are growing themselves in the hopes it will make them feel better.

So Let’s take a look at some of the supposed benefits in detail and analyze whether or not there is any reason to believe it will actually have the desired effect:

The reason why people will look to baking soda and lemon juice as a treatment for their skin is mainly to do with the lemon juice. It’s full of Vitamin C and citric acid both of which can help with dry skin or irritation.

However, due to the fact that your skin repels water-soluble molecules, Vitamin C will usually struggle to make its way into your pores. And as such, people suggest mixing it with baking soda to neutralize this.

The problem here is that you will be having a negative effect on your skin’s pH balance which can actually lead to a lot of irritation and dryness, the very things that you’re trying to prevent with this supposed cleanse.

Your skin is weakly acidic, and the presence of baking soda is going to increase the pH balance which will weaken the protective layer of your skin that fends of bacteria. But you’re going to tamper with the acidic makeup of your skin either way.

If you were to just use lemon juice, not only would you be not actually getting the benefits of the Vitamin C, you would also be lowering your skin’s pH balance and making yourself susceptible to light irritation and light sensitivity.

So this particular mixture probably isn’t going to help you all that much when it comes to your skin.

This is sort of the inverse of the last point. The beneficial element of the combination for your teeth is the baking soda, while the lemon juice is there to make it easier for you to get the soda into your system.

When it comes to whitening your teeth, baking soda is effective. This has been well-known for many years and there are a lot of products out there including a white variety of kinds of toothpaste that have baking soda as an ingredient.

And they do work quite well for this purpose. The lemon juice is a different story, however. Lemon juice is just way too acidic for it to have any positive effects on your teeth. The high concentration of acid can actually just contribute to tooth decay over time.

If you want to get the benefits of baking soda for your teeth, then just buy products that include it, don’t try and make your own at home. Get reputable brands and just take care of your teeth in other ways.

Brush them, floss and rinse with a quality waterpik which is a very important thing to do yet not everyone is doing it, don’t overdo on the chocolate or the carbonated drinks and avoid cigarettes too.

In regards to your stomach, the reason why this mixture is thought to help fight nausea is because of how it affects your stomach acid. If you have an excess of stomach acid it can lead to nausea or indigestion or just general discomfort.

The truth is that a lot of the medication you can get over the counter to neutralize stomach acid has sodium bicarbonate and citric acid in it. And these are the compounds that make up baking soda and lemon juice too.

It’s the mixture that does the trick. Neither of them on their own is going to completely neutralize your stomach acid, but the sodium bicarbonate has been shown to have that effect, with some unwanted changes to the pH balance of your stomach acid.

However, if you combine the two, the lemon juice will prevent that balance from being upset and will allow the sodium bicarbonate to do its work. So there actually is some logic to this one. When it comes to the common cold though, that’s a bit more suspect.

Lemon juice can be effective for sure because of the high content of Vitamin C, but baking soda will have no effects whatsoever so it’s senseless to mix the two for this. We have a great product which can help with colds and uncomfortable symptoms.

So for the most part, mixing baking soda and lemon juice isn’t really that beneficial and in some cases, it can actually do you harm. It’s good for your stomach, but those other supposed benefits aren’t supported by research or logic. So overall, this one seems to be a myth.

What food gives you energy?
What To Look For When Buying An Epilator?
The 5 Best Vitamins to Keep Your Hair Loss
Does Mindfulness Work for Everyone?
Making Baby Food at Home: A Guide in Solid Food Introduction