You are here
Home > Coffee > Health benefits and risks of coffee 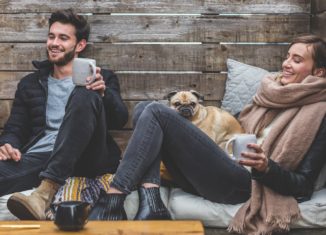 Coffee is one of the most prevalent drinks all over the globe. Whenever people undergo some sort of a stressful situation or after a tiring day, they resort to coffee for some relaxation. At the same time, some drink coffee due to their addiction to Caffeine, some drink for having some chill time.

Consequently, there is a lot of debate concerning the consumption of coffee. Coffee contains Caffeine, which people have a lot of contention. While some consider Caffeine to help get rid of laziness, some claim caffeine can cause chest pain. Such differing opinions call for discovering the health benefits and risks associated with coffee to help a person understand the implications of coffee in their lives.

Experts claim that coffee helps tackle type 2 diabetic issues among humans. Research conducted in 2014 by experts around the globe revealed that the people who increased their daily coffee consumption by another cup reduced their chances of contracting type 2 diabetes by 11%. Another data analysis of 2017 revealed that four to six cups of coffee a day helps reduce the metabolic syndrome concerning type 2 diabetes.

Numerous studies across the globe supported that Caffeine helps protect against Parkinson’s disease. A team of experts went to the extent of claiming that people who drink more than 4 cups of coffee a day have five-time lesser chances of contracting Parkinson’s disease.

The findings of a 2017 meta-analysis also established a connection between coffee and people, including those who smoke. It stated that coffee helped ease tension and stress and deterred the onset of Alzheimer’s disease.

Coffee Against Liver Diseases And Cancer

A literature review of 2019 stated a direct impact of coffee in reducing the risks of liver diseases and cancer. In 2015, a study got conducted in Cohort on the multiethnic population of the United States Of America. The study suggested that a daily dose of two or three cups of coffee helps reduce the chances of chronic liver disease and Hepatocellular Carcinoma by 46% and 38%, respectively.

The meta-analysis study of 2017 voiced that Caffeine caused a reduction in liver cirrhosis, liver cancer, and fatty liver syndromes.

Here the meta-analysis of 2017 stated that coffee has certain benefits, even if small, to counter high blood pressure and cardiovascular syndrome. Researchers conducted a study in 2018 where they found that drinking around three to five cups of coffee a day facilitates a 15% reduction of heart risks.

Coffee also aids in reducing weight and tackling obesity issues, which has a direct connection with heart problems.

After knowing the benefits of coffee, knowing the risks associated with coffee is necessary. Let us have a look at them;

Certain studies across the medical departments suggested that excessive consumption of coffee affects bone health. A weakening bone condition causes a person to face fractures after a few knocks.

Drinking too much coffee will stain your teeth too. So, it is important to visit a professional like this dentist in denison to get your teeth whitened regularly and for the overall health of your teeth as well.

Doctors and Gynaecologists strictly prohibit the consumption of coffee among pregnant women. Studies suggest that mothers can put their unborn babies at risk by consuming coffee, affecting their health and reducing their weight. Certain extreme situations might witness a mother losing her baby or opting for premature delivery.

Some experts suggest that higher consumption of coffee among women can push them into a greater risk of Endometriosis.

People who drink excessive coffee can run the risk of suffering from gastro problems and a constipated stomach.

People who consume excessive coffee can suffer from anxiety disorders. Clinical trials in the medical field voiced that coffee can promote the increase of social anxiety disorder and generalised panic disorder. Consequently, consumption of coffee during adolescence can cause permanent changes in the brain.

Now that you know the benefits and risks associated with coffee consumption, the decision lies on you. Regulated consumption of coffee appears to be a better decision.