You are here
Home > Articles > The history of salt 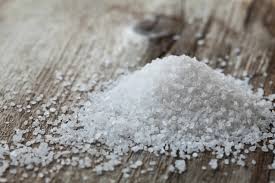 Salt is one of the most overlooked spices in your pantry. It’s not uncommon to not put much thought into this essential mineral. Today salt is inexpensive and even used in abundance. That always wasn’t the case throughout human history. In fact, salt was once a scarce item. It’s hard to imagine life without the salty snacks we all love and enjoy. Though, there once was a time when the average person had difficulty obtaining enough salt to sustain a healthy lifestyle.

The ancient Egyptians were the first to use salt to preserve food. This discovery would change human history forever. People no longer had to rely on only foods that were currently available. Food was then able to be preserved with the aid of salt. It could be said that human civilization wouldn’t have gone forward without the ability to preserve food. Salt inhibits the growth of bacteria and increases the shelf life of food. Yes, salt was the first preservative. Well, maybe drying meat in the sun was the first method of food preservation. Save that debate for the next time you’re at a tapas bar with a few friends.

Did you know that Roman soldiers were paid in salt? The word “salary” comes from the word salt. There once was a time when salt was extremely difficult to obtain. Can you imagine what it would be like to be paid in salt? Every grain of salt was well earned by those who received it. You’ll probably think differently about your very own paycheck after learning that people were once paid in salt to protect their motherland.

The first underground salt mine in the united states happened during the Civil War. Before this time, all salt in the United States was collected by boiling brine until all the water had evaporated. Scrap lumber the logging industry was used to fuel the fires underneath the big pots. The cheap source of fuel was the only reason this was possible. This cheaper source of salt enabled the average person to enjoy salt like never before. It wouldn’t be until the industrial revolution that salt became the cheap commodity that it is today.

Machinery changed the world of salt like it did everything else. Harvesting the salt underground now became profitable. It wouldn’t have been profitable if people still had to dig deep into the earth to get it. Machines are now used to produce almost all of the salt consumed today. The only exception would be those who still use sunlight to evaporate seawater to make sea salt. Even this method has become outdated as most producers of sea salt use machinery of some sort.

Today, we have to worry about the amount of salt in our diet. The thought of this alone would’ve seemed outrageous a few thousand years ago. Everyone today can enjoy salty food and even salty snacks. You’ll think differently when grabbing a handful of salted peanuts after reading this. Just remember back when the ancient Egyptians were building the pyramids. It wouldn’t have been possible without salt. The same could be said about every single aspect of modern society as we know it.

4 Delicious Culinary Traditions You Can Get Delivered to Your Home

New Natural Ingredients with Amazing Health Benefits You Should Try