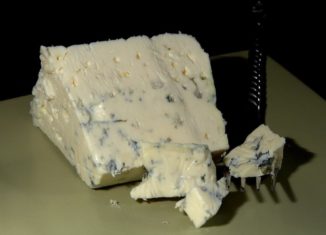 Cheese is the perfect accompaniment to any food. This staple appears in main dishes, appetizers, desserts, and more. Many people turn to Danish cheese because there are numerous delicious options to choose from.

The Nordic people have been making cheese for centuries and eat a great deal of it. Which ones do they prefer? With the help of this danish cheese guide, finding the right cheese for any dish will be a breeze.

A Trappist-style cheese, this traditional offering is semi-soft and created using cow’s milk. Also known as Danish Port Salut cheese, Benedict Esrom cheese gets its name from the abbey where it was first made by Cistercian monks centuries ago. In the 1930s, the recipe was rediscovered, and this cheese quickly became popular.

Many people talk about the overwhelming odor of Benedict Esrom cheese, as it is very distinct. However, the flavor is rich and strong, so many individuals choose to overlook the smell.

Look for a flat, rectangular cheese that is wrapped in foil. When opened, the cheese will be yellow and have uneven holes along with a supple texture. This cheese pairs well with red wines and dark beers or can be used for sandwiches or casseroles.

Many people know Danbo cheese as King Christian cheese. King Christian IX was the ruler of Denmark during the latter part of the 19th century and the early part of the 20th century. People enjoy this semi-soft-aged cheese that comes from cow’s milk. In fact, it remains one of the most popular cheeses in Denmark.

The color of the cheese ranges from ivory to light yellow, while the texture is soft and somewhat springy. It is easy to cut, as it is both firm and elastic. The cheese has small, round eyes, although they may not be as noticeable when the manufacturer uses flavorings.

The aroma of Danbo cheese is more pleasing than the smell of Benedict Esrom cheese. It is mild and slightly acidic. However, the cheese must mature for approximately three to four weeks before it achieves its distinct taste and texture. Advanced cheese makers may even want to try this recipe at home, although it is easier to walk into a store and purchase it, as the manufacturer has already aged the product.

Danablu, or Danish Blue cheese, is a semi-soft cheese known for its blue veins. Created from cow’s milk, this cheese comes with a crumbly and creamy texture. Rosenborg produces it, which takes eight to 12 months, and the mature cheese has a rind that can be eaten. Individuals looking for a sharp and salty cheese should try this one, although the fat content may be as high as 30 percent. This is not a cheese for non-vegetarians. This fine cheese pairs well with a good Cabernet.

With many Danish kinds of cheese to choose from, every person will find the right item for the dish they are preparing or to eat on its own. In fact, a person may wish to try a different cheese each month, as they all have unique characteristics. Regardless of which varieties a person tries, they know they will be getting a delicious cheese with a rich history behind it, thanks to the work of Danish cheese makers in centuries past.

5 Benefits of Consuming Matcha Bubble Tea
Why You Should Host Your Next Corporate Event At The Deckhouse?
Health Benefits Of Medjool Dates As A Daily Snack
Best Coffee Filters- Buyer’s Guide
How To Make A Legit CHARCUTERIE Board?