You are here
Home > Articles > Is it Healthy to Eat Eggs Every Day? 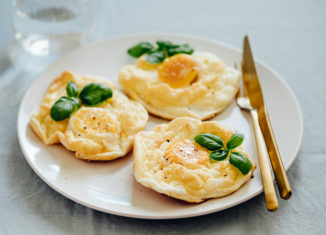 As far nutrition goes, there are foods that bad reputation like olive oil (many years ago) or sardines which were accused of being ‘bad’ because they had a lot of fat, and were later discovered to be healthy, have already overcome their bad streak. The last to suffer from this stigma are the eggs.

A food that, until not long ago, was one of the declared enemies against the heart and cardiovascular health. It was said that it increased cholesterol and that we could not eat more than two a week. We even got to a point where we debated whether the white or the yolk was better.

Is the egg so bad as is it thought? No. Is it a super healthy food that we can eat all we want? No. In fact, nutritionally, it is considered one of the most complete foods that exists, both for the amount of nutrients and for its bioavailability. For example, the 14 day egg and grapefruit diet menu among other protein diets heavily rely on eggs consumption due to their nutritional value. Due to their low caloric and high nutrients value, eggs are a common ingredient in most weight loss diets.

The egg mainly provides water and protein, which makes it a very satisfying food. In addition, the proteins it provides are of high quality and are loaded with essential amino acids, which must be included every day. And yes, it also has fat. But, far from what was thought, most of it is unsaturated (65%), while only 35% is saturated fat.

Nutritional composition of the egg (100 g)

In addition, it provides a large amount of vitamins , such as A, B2, biotin, B12, D, E and K, as well as minerals, among which phosphorus, selenium, iron, iodine or zinc stand out. To name some of its properties, biotin plays an important role in the health and protection of the skin, as well as B2 helps growth and the formation of red blood cells .

It also has a large amount of antioxidants and trace elements, which help protect us from degenerative processes, diabetes or cardiovascular diseases. In addition, its lutein and zeaxanthin content have a protective effect against the degeneration of the macula densa of the eye and arteriosclerosis.

How many eggs can I eat a day?

Surely you are wondering what is the limit or recommendation for the consumption of eggs, since it seems that there is no scientific consensus. A study by Peking University published in 2018 after almost ten years of research and collected by the medical journal Heart, concludes that eating one egg a day – or seven a week – could drastically reduce the risk of suffering a heart attack or stroke.

And according to the latest research and the consensus among nutritionists, an egg a day, or seven a week, would not have negative effects on health. Of course, the way we consume it also influences its nutritional affects (poached, scrambled or in a French omelette).

Make sure when eating eggs that they’re accompanied by a good portion of vegetables and other healthy foods for a wholesome diet.

5 Foods You Should Take the Time to Try While Visiting the Caribbean
The Different Types of Candy That's Popular across the World
How To Slice Cooked Steak: All You Need To Know
California’s La Panza Ranch delivers innovation: extra virgin olive oil packaging translates to extr...
Whip Up Delicious Snacks in Minutes with a Blender!