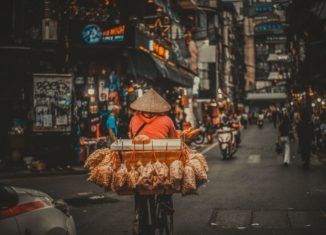 Anything can be consumed as a snack as there is no hard definition of what snacks are. People like taking snacks between meals. Crackers and chips are the most common options in the West, among others. If one thinks of spending some time with their friends or having an alone trip, the best company you will have is snacks. Different types of snacks can be made at home or ready for sale in retail stores, from chocolate bars, hotdogs, popcorns, potato chips to crunchy biscuits.

Snacks are ideal when packing for a trip or if one wants to spend their time watching movies. They are simple, and you can always grab them anytime. Many believe that snacks are unhealthy and not worth a try. The reality is some snacks are healthy and delicious without preservatives. There are thousands of snacks in the market, but most people are unfamiliar with most of them. Forget about the sugar tasting or salty popcorns everyone is familiar with. Here is a list of unknown snacks that are worth a try.

For coffee lovers, Tim tam slam is an incredible way to enjoy your coffee, but it works equally well with hot chocolate. A Tim Tam is a snack with chewy caramel or double chocolate coating. The best way to enjoy it is by preparing coffee, get Tim Tam slam and bite both ends at opposite corners, put one end in the mouth and dip the other end in the hot coffee. When done, start sipping the drink through the Tim tam like it is a straw, and as soon as the beverage touches your tongue, put the whole treat in your mouth. As coffee soaks through the biscuits, the biscuit and structure collapse and explodes with the combined flavor. It’s a very satisfying experience!

If you are looking for something more exotic, then this item is for you. It is one of Cambodia’s favorite snacks. Adults enjoy the snacks while it attracts tourists not only for the Instagram shot. Children are not left behind. They also enjoy the delicacy. While children in other parts of the world crave sweets and candies, children in Cambodia are addicted to fried tarantulas as their afternoon snack. Local tourist guides explain that the snacks are a delicacy that people should try when visiting Cambodia. A large fried tarantula costs $1. That is a significant amount in a country that the minimum wage each day is $5. The snack is a special treat for Cambodians, and they consume them regularly at special occasions like celebrations and birthday parties where everyone gets a chance to eat one or two. Many people compare the taste to crab.

The snack is popular in East and Southeast Asian countries; they are available in different shapes like puffed discs and French fries. The chips have varied flavors, including lobsters, shrimps, and crabs. Shrimp chips also come from other countries like Taiwan, South Korea, and Malaysia. Shrimp chips can be the oddest snacks to grab between meals as they are seafood flavored. That doesn’t make them unnoticed as most snack lovers in the United States and other countries look for them in Asian markets or make them home.

It is the perfect Jamaican snack. It is a spicy treat that adults and children both enjoy made with real cheddar cheese. They are found in Jamaican’s biggest supermarkets, retail stores, and three packs cost $5.

The snack is more Russian than the other popular snacks like beef stroganoff, borsch, and caviar. One of the memorable and popular snacks that come alongside beer-it is Russian’s fish jerky version. Vobla has been one of the favorite snacks since the 19th century, and the name applies to Caspian roach-made jerky, but it can also apply to any freshwater fish that has been dried and salted. The snack is prepared and packed commercially since the 90s.

The above are the five best snacks people never knew about. Even though they are from different countries, one can always taste one when visiting one of these countries. Instead of sticking to the same popular snacks, you know, like potato chips, why not try the shrimps or lobster chips. It is impressive to have a new experience in a new destination. Other best unknown snacks include:

They are the most popular snacks in china. Salted plums sound like a weird snack, but it seems to grab most snack lovers’ attention in china. The plums come covered in crystal sugar and taste like tart and sweet. Traditionally, they are scented with licorice like those purchased today in many Chinese and United States markets. Others are also flavored with cinnamon, lemon juice, cloves, or even anise seed.

Biltong is a dried meat snack made from shark, beef, and antelope meat in South Africa. The name is derived from Old Dutch, meaning “strips of the rump.” Even though the name sounds unpleasant, South Africans love the snack. The snack tastes more like salami than beef jerky most Americans know, and Biltong is sliced much thicker.

Snacks are great for lighting up the day and keeping one full after meals. The above are the best snacks you have ever heard of. They are worth tasting anytime you come across them.

Fantastic Organic Ice Cream Recipes
Tips To Select the Best Copper Cookware for Your Home
A Hip and exceptional Fast Food? That’s possible!
Top 5 Wine Destinations for 2020
Organic Food: What Makes it a Source Full of Health and Energy