You are here
Home > Articles > Where In Mexico Did the Taco Originally Come From? 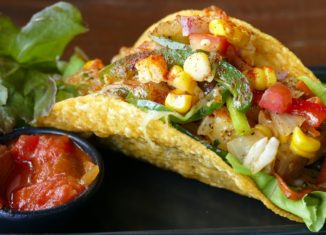 “Tacos are like what the voices of a hundred angels singing Bob Dylan while sitting on rainbows and playing banjos would taste like if that sound were edible.”

It’s a versatile and simple yet tempting Mexican dish to relish. As tacos are loaded with high proteins and preferred veggies, it is counted as a staple of healthy beverages. And why not, when it doesn’t burn a hole in your pocket?

Such is its impact and mania that the United States often organizes taco festivals introducing new flavors and lip-smacking stuffings. As a result, the Mexican restaurant industry in the United States is growing unexpectedly. The market gained a profit of 62.24 billion U.S. dollars in 2019. Also, the market is expected to catch pace once the global pandemic things settle down.

Now you may have hogged hundreds and thousands of flavored tacos so far in your life. But did you ever take the pain of exploring the history behind it? Reading this must have made you curious to trace the birth of tacos. If yes, here’s all you need to know about it.

The origin of tacos –

Let’s begin with the fact that the exact origin of tacos is still unknown. But tentatively, its concept originated in the 18th century in the silver mines of Mexico. Using the word ‘taco’ in those silver mines was common. Back then, ‘taco’ was referred to as the little charges used to excavate the ore.

Basically, these were small pieces of clear paper used for wrapping the gunpowder and inserted in the holes carved in the rock face. Later on, the first-ever reference to tacos in dictionaries came into existence in the 19th century. Then the word ‘taco’ was illustrated as tacos de minero (miner’s tacos).

So, all in all, it wasn’t a food type that goes back to the immortal times.

The role of taquería in Mexican history?

Taquería is a Mexican restaurant specializing in tacos. Such restaurants helped to highlight the demand for taco truck catering ventures to a considerable extent. Talking about taquería, it was a popular spot among the working-class neighborhood.

As a result, people were able to taste the cosmopolitan world of dining without burning a hole in their pockets.

When did tacos first appear in the U.S. food market?

The first-ever mention of tacos seen in the United States was in a newspaper article published in 1905. This is when the Mexican immigrants were settling down in the U.S. and were contributing to different job sectors. In no time, Mexican food was readily available on almost all streets and corners of the U.S. However, it was seen as a lower-class food initially.

Later on, in-between 1910-1920, Mexican food became mainstream in American food. This was when the next generation of Mexican immigrants decided to continue their family food businesses. This helped many Mexicans keep the soul of tacos alive in the U.S.

What foods cure diseases?
11 Foods Your New Mom Friends Will Love This Holiday Season
Tips On How To Prepare Meat Into A Tasty and Healthy Meal
5 Natural Detox Foods
Is it Healthy to Eat Eggs Every Day?