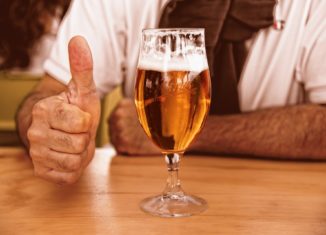 If there’s one aspect of the holidays that is a constant for just about everyone, it’s the meals that people share with their loved ones. In most cases, there are traditional foods to prepare for each celebration. Festive meals tend to bring on seasonal drinks that you might pair with your food for the perfect combinations. Here are six options for you to try.

Ales tend to dominate the winter beverage scene. Many of these drinks have rich, malty flavors alongside notes of spiciness that will give you just the sort of fireside pickup that you need. A nice winter ale is a good choice to stay cozy on even the coldest January nights or to crack open as you are about to ring in the New Year. In most cases, you’ll want to serve an ale at a slightly warm temperature for the best effect.

Hints of spice are common things among winter beers. However, some people prefer a less subtle kick to their drinks during this time. A Scotch-style beer will usually feature more of the tang than you might find in other beverages. You can go for one that is peaty, but the more traditional beers in this style are toasty malts that don’t include influences of whiskey. This is the perfect balance if you want something a bit lighter than scotch or whiskey but are still looking for that similar flavor note.

Beer with notes of berries can be a popular choice as a holiday drink to go with any of your festive November or December meals. These types of beverages tend to carry subtle flavors that one might associate with the festive season, especially around the winter holidays. You can look at beer that carries different berry tones to add some variety that everyone will enjoy at your next gathering for Thanksgiving or Christmas.

Many beer enthusiasts tend to think of dark, rich drinks when they are considering beverages for the holiday season. However, you may favor the medium-bodied approach. Isolation craft beer represents a good example of this kind of drink. There aren’t any fruits or spices to be found here, but several types of hops and some caramel give it the crisp, nutty texture that is great for a seasonal drink on the softer side.

It’s always good to keep an IPA or two in mind when it comes to holiday drinks. If you want something with double or triple the hop that you’re used to, the Celebration IPA might be a good idea. This is a decent option if you’re after a drink that is neither spicy nor sweet, setting it apart from many holiday beers and perfect for a collective, eclectic party.

Some people want to go all the way with a beverage that is designed and named for festivities. If you prefer something aged well in a barrel the traditional way, Holidale can make an excellent winter warmer. This Christmas ale is aged in barrels that formerly housed whiskey. You’ll find the malted chocolate and biscuit flavors hitting just the right notes during the meal or afterward with dessert.

Many of the beers on this list are designed to be tasty while giving you a bit of extra warmth to keep away the wintry chill. Fruity notes or spicy accents tend to put the finishing touches on some of the holiday favorites here. Some of these choices may be relatively rare finds, but each one brings something to your family table this season.

What Are The Healthiest Teas That You Should Drink? Find Out Here
How to Create the Best Indoor Date?
What to Drink in Russia? Most popular Russian Drinks
Pros and Cons of Alcohol: Is It Worth Giving It Up?
What to drink in Poland