You are here
Home > Articles > When does it make sense to take a food intolerance test? 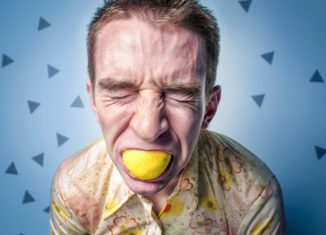 Unfortunately, not everyone is able to eat all the delicious foods that are available to us throughout the world. Sometimes, a specific food product, or even type of food, simply does not agree with us. Some foods can affect people in many different ways from upsetting their stomach to bringing them out in an uncomfortable and itchy rash.

In different parts of the world, different ingredients are used for cooking and the preparation of food, and in some cases, the food may be a lot spicier, stronger or heavier than what we are normally used to.

What is food intolerance?

Food intolerance is sometimes known as a non-allergic food hypersensitivity. If you have an intolerance to a specific food, it means that you have a food sensitivity and difficulty in digesting that particular type of food.

The NHS (National Health Service) in the United Kingdom has reported that there has been a large increase in the number of people who are under the impression that they have food intolerance. However, many could actually be suffering from a food allergy or something altogether unrelated.

The common symptoms of a food intolerance include things such as diarrhea, intestinal gas (which can sometimes be extremely painful) and pains across the abdominal area.

Other symptoms can include migraines, headaches and a cough. The symptoms of someone who has food intolerance will usually take longer to appear than those who are suffering from a food allergy.

If you appear to be suffering from such symptoms then it’s probably time to book an appointment with somewhere such as Medicross Group GmbH, where you can take a food intolerance test.

What’s the difference between food intolerance and a food allergy?

There are several differences between food intolerance and allergy, though what can be confusing for many people is that sometimes the symptoms are the same, and often overlap one another. Some symptoms though are

The main difference is that food intolerance involves the digestive system, while food allergy involves the immune system, where the proteins found in food you’ve eaten are mistakenly treated as a threat to your body. There are some individuals who may suffer from digestive problems after eating a certain type of food, but whose immune system has not reacted.

Another important difference between the two is how dangerous they can be. A food allergy can be life-threatening, such as someone who may have an allergy to peanuts. Food intolerance on the other hand is never life-threatening and doesn’t involve the body’s immune system.

There are a number of different reasons why a person can suffer from a food intolerance. Below we will take a look at the main reasons.

The absence of an enzyme

One of the most common examples of this are individuals that are lactose intolerant, where they don’t have enough lactase in their bodies to break down the lactose (milk sugar) for our body to absorb.

IBS (Irritable bowel syndrome) is a chronic condition that can lead to individuals suffering from diarrhea, constipation and stomach cramps.

It is a disorder that affects the large intestine, though it’s important to note that it does not increase a person’s risk of colorectal cancer, nor does it cause any changes from occurring in the tissue of the bowel. MedicalPrices.co.uk has a detailed article about IBS and how to ease it

Sometimes we eat foods that have a toxic effect on use due to the foods containing chemicals that are naturally occurring. This can result in people suffering from nausea, vomiting and diarrhea.

For example, if you are eating beans that have not been fully cooked, they will contain aflatoxins, which can give you painful digestive pains. If the beans have been fully cooked, they don’t contain the toxin. If you’ve ever experienced pains when eating beans and wondered why you don’t suffer from the pains every single time you eat them, this is probably the reason.

Though the amount is generally rather small, there is still enough to cause some people an intolerance to that specific type of food.

There are many foods that contain chemicals such as salicylates, which occur naturally in plants and are used as a defense against things such as insects, diseases and various fungi. It’s found in many fruits and vegetables, tea, spices and herbs. Eating large amounts of food that contain this chemical can lead to certain people reacting to the ingested salicylate.

Getting tested for food intolerance

There are a few ways that you can check if you have an intolerance to a specific type of food. The first is to simply continue eating your regular diet and meals, but keep a concise and detailed diary of everything you eat and at what time. If you believe that there is a certain food that is causing the problem, you should eliminate it from your diet and continue monitoring yourself for any pains or symptoms.

You can also speak to your local doctor about your concerns and see if they agree with you to take a fool intolerance test. Not all doctors will prescribe the test and some may suggest simply removing certain foods from your diet and see if that has a positive effect.

If you are determined to take a food intolerance test, there are a number of medical centers around the country that have the facilities for you to take the test. You’ll be able to find out just what is causing you the problems, and how best to eliminate it from your diet, or to make the necessary modifications to what you eat on a regular basis.

Some foods that you may be intolerant to may contain important vitamins or nutrients, so you need to make sure you find alternative sources for these, as your body will need them.