You are here
Home > Articles > A Brief History of Bread 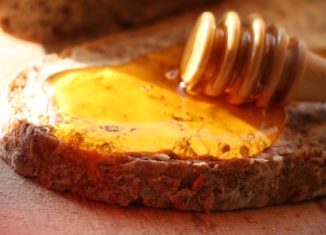 Bread has been around forever, and academics argue over whether bread came before or after humankind settled down into static communities.  There is evidence that early man made a bread similar to Middle-Eastern flatbread by mincing up roots, adding some water and cooking the resulting gruel on a hot rock.

What we recognize as bread today has gone through an evolution ever since, an evolution that probably started with some wild yeast landing in the gruel and starting a fermentation process.  Coincidentally, that is probably how beer started as well, leading to today’s popular pastime of relaxing with beer and bready snacks.

The first concrete evidence of breadmaking can be found in Ancient Egypt, where archaeologists have found breadmaking artefacts and even bread itself buried as grave goods.

A good yeast culture became a valuable commodity, and it is highly likely that bakers used a sourdough approach, by keeping a small piece of the dough for a bake to use as a starter for the next bake. Today, Indian Naan bread is made by putting the dough on the outside of the Tandoor used to cook the meal, and the first bakers probably used a similar method.   As far as we know, it took the Greeks to work out that it could be better made in an enclosed oven.

The type of bread varied according to available ingredients and local taste.  Up until the end of the ancient Greek empire, it seemed to be commonly made from barley, with wheat used only on religious festival days.

Then came the Romans, and because of their large empire, bread making became more and more sophisticated.  Especially in Rome, bakers began to specialize and offered such delicacies as honey-and-oil bread, and custom loaves such as shaped loaves and different types of dough. The legions had their own speciality of rolls baked on a spit over a hot fire.

Bread has always been an integral part of mankind’s staple diet.  That was to continue for many centuries.  As an example, most folk in the Middle ages didn’t have crockery.  Instead, they used a plate made of yesterday’s stale bread called a trencher.  At the end of the meal, they either ate the trencher or gave it to their dogs or the poor.

Bread was even sold in tins! Canned bread originated in the 17th century and is still popular in New England today.

The next major change was in the mid-1800s.  Up until then, there was very little control over the flour used in breadmaking and the flour was often adulterated with all kind of foreign materials like sawdust, chalk and plaster.  It took Government action to stop.

The manufacturing process took an upswing in the Industrial Revolution and really took flight at the start of the twentieth century.  Industrial-scale dough making and baking machines appeared, and a German, Otto Rohwedder invented a bread slicing machine, which he later developed into a slicing and wrapping machine.

The development of the Chorleywood baking process in 1961 changed the face of bread.  By mechanizing most of the process with intense kneading and blowing of gas through the dough a key factor, the fermentation time could be sharply reduced.  That heralded today’s blotting-paper quality packaged commercial sliced bread.

An essential part of commercial baking, especially in smaller retail bakeries, is the use of chemical additives to speed up mixing time and reduce necessary fermentation time.  They also claim to add vitamins and other dietary essentials.   By using chemicals, a batch of bread can be started from scratch and wrapped ready to go to the shop shelf for sale in under three hours.

Today, we see a return to more traditional methods, with artisan bread in traditional style bakeries making a comeback.  This is paralleled by a move against the additives that are normally added to commercial bread.

Another development has been increasing sales and use of domestic bread-making machines for use in the home.  Nothing quite like coming home to the smell of freshly-baked bread just like the bread you enjoyed on your last holiday.

So, make a sandwich, get a coffee and think on the piece of history you are holding in your hand.

3 Ways To Use Ginseng Roots
A delight From Israel to your kitchen: Pearl Couscous
What is shortbread, its ingredients, flavours, and what makes it unique?
Scrumptious Jobs In The Food Manufacturing Sector
Best Coffee Filters- Buyer’s Guide