You are here
Home > Health > Is Hard Water Good For You? The Truth About Minerals 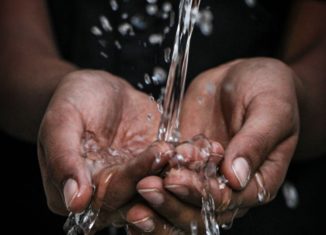 Given that hard water is rich in minerals, you might think it’s beneficial for your health. By extension, you might also assume that water softeners are detrimental. In this post, we’ll dispel these misconceptions by exploring the question “is hard water good for you?” in great detail.

Is Hard Water Good For You?

Some research has even shown that these minerals equate to a reduced risk of death from cardiovascular disease.

Because of this, experts generally consider hard water beneficial for drinking.

Here’s the thing, though.

Your body gets most of its calcium and magnesium through your dietary intake. When you use hard water for drinking, the benefits are negligible. By extension, drinking soft water won’t negatively impact your health.

So far, we’ve only discussed using hard water for drinking. As you’ll see shortly, when you use it for other purposes, it’s health effects are overwhelmingly negative.

Hard Water’s Effect On Your Skin

One of hard water’s most damaging characteristics is its ability to produce scale. This is the buildup of mineral layers on just about every surface the hard water comes into contact with. That includes pipes, water heaters, shower walls — and your skin.

When you shower with hard water, the minerals form a layer on your skin that prevents soap from doing its job properly. The result is skin that’s dry and prone to cracking. It also jeopardizes your hygiene since soap isn’t able to contact your skin properly. Natural soaps also don’t lather properly in hard water, which further affects your skin.

Scale buildup on skin and appliances is one of the key reasons people buy water softeners. To learn about the other benefits of water softeners, check out this article.

Hard Water’s Effect On Your Hair

Beyond this, hard water dries your hair out, making it prone to cracking and other types of damage.

Hard Water is Terrible On Your Wallet, Too

The scale buildup associated with hard water is terrible for your wallet. It can significantly reduce the lifespan of appliances as big as water heaters and as small as kettles.

Hard water’s effect on water heaters is one of the costliest examples of how detrimental it is. In addition to wasting water, it forces your heater to work harder, wasting electricity too. Having a scale removed from your water heater can be very costly as well.

Plus, just like hard water affects your body wash, it affects your laundry detergent, fabric softener, and dish soap. You may need to run loads through your washer and dryer multiple times to get rid of the characteristic hardness that comes from using soft water. Likewise, you may need to use more dish soap and scrub your plates and utensils more vigorously if you use hard water.

In cases of extremely hard water (which is prevalent in U.S. regions such as Arizona), you may even need to have your plumbing unclogged often.

Verdict: Hard Water Is Bad For You

When you consider the financial and hygienic impacts of hard water, you’ll see it’s overwhelmingly negative.

Hard water’s minimal benefits are more than countered by its significant downsides. Because your body gets most of its mineral intake through dietary sources, you are unlikely to even reap any non-negligible benefit from drinking hard water.

On the contrary, you’ll experience poor skin health, poor hair health, and unnecessarily inflated costs of living as a result of letter hard water run through your home.

How To Get Rid of Hard Water

Getting rid of hard water is quite simple. Many HVAC and water companies sell devices aptly known as water softeners. These devices use sodium to conduct an “ion exchange.”

During this exchange, the device replaces mineral ions with sodium ions. The mineral deposits stick to beads that get flushed periodically. This is considered the most effective process for softening water.

Beyond softeners, there are also scale control systems. These don’t actually soften your water but rather alter the minerals in such a way that they cannot stick to surfaces (hence the name “scale control”).

A scale control system may be worth considering if you’re dead set on consuming the minerals that are in hard water.

While both of these systems can be pricey, you’ll find that they more than pay for themselves in the long run.

How to Stay Healthy, Fit and Sane as You Age
An Easy Guide To Losing Weight The Healthy Way
How To Get A Lean Body
Healthy and Nutritional Foods to Eat Regularly
What Level of Blood Sugar is Dangerous?