You are here
Home > Health > Multiple Health Benefits of Turmeric 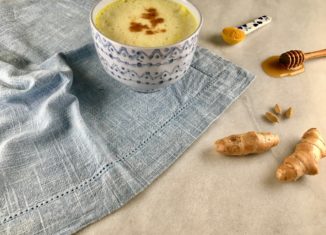 We are well familiar with turmeric, the yellow orange spice, that comes from India and is popularly used in Indian cuisine due to its unique flavor. But what most of are not aware about the numerous health benefits of turmeric. The spice has been a staple in Asian cooking for thousands of years and is a part the ginger family. There is one active ingredient in turmeric that possesses many potential health benefits and this component is curcumin. Curcumin, a polyphenol makes up to 5 percent in the spice. It is an antioxidant with powerful anti-inflammatory properties.

Let us now get straight to different health benefits of turmeric.

The anti-inflammatory and anti-bacterial agents in turmeric help in healing wounds and curing other skin injuries. This is an ideal antiseptic that can be made and used in home remedies for wounds. It is useful in disinfecting cuts and treating minor burns.

Studies have shown a relation between turmeric and cancer.  It has been shown that the spice can trigger a process that leads to self-destruction of cancerous cells. Moreover, turmeric has been found to improve liver function and get rid of any toxic chemicals from your body. Curcumin is known to inhibit tumor cells and can cause existing melanoma cells to commit suicide. Turmeric has been found to be beneficial for treating Colon Cancer, Breast Cancer, Leukemia and Lung Cancer as it hampers the growth of cancerous cells. It is a natural liver detoxifier.

People often will not relate arthritis and turmeric. But the recent studies have shown that arthritis patients should consider turmeric because of its powerful anti-oxidant characteristics. Turmeric helps in destroying free radicals in your body and due to its anti-inflammatory properties brings relief to the patients suffering from general joint pains. Arthritis patients have reported significant pain relief after increasing their intake of turmeric.

Turmeric is known to help in moderating the insulin levels in your body. It will, however, not eradicate the impact of diabetes completely but can certainly help in reducing the sudden shock on your body due to sugar intake. Eating whole grains and reducing Limiting sugar consumption is one of the best approaches to maintain balanced levels of sugars.

The root cause of Alzheimer’s disease is inflation in the brain. Turmeric has shown major health benefits are preventing Alzheimer’s disease. Its anti-inflammatory and anti-oxidant properties delay and prevent the onset of Alzheimer’s disease. According to scientists, turmeric blocks the creation of IL-2 protein that is known to damage the protective sheath around the nerves. Studies also show that Alzheimer is very low in elderly populations in India and this is probably because they have been regularly using turmeric in their daily meals.

Some other well-known health benefits of turmeric include help in weight management and fat metabolism. It is also known for treating depression and minimizes risk of childhood leukemia. It detoxifies the liver naturally and is a natural painkiller too. The western world has only recently come to realize the multiple health benefits of turmeric. In ancient India, it was also used as a natural dye. The medicinal properties of the spice are gradually coming in the limelight and scientists and researchers are showing new interest in this humble yellow spice, which is seen as a natural wonder.

About the author: Alana D. Frazier is a web developer and copywriter at the Essay4Students. Besides, she is fond of learning something new so that she tries to keep up with advancing technologies. Moreover, she is highly interested in exploring new characteristics of different herbs.