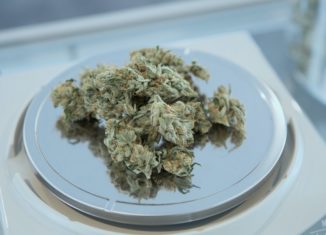 In the US, medical marijuana is legal in 33 states, whereas recreational one – in 11. Although for long decades cannabis was treated as an incredibly dangerous plant that could lead astray the righteous, recent studies show that although weed has some side effects, it can also be used to treat a wide variety of disorders. That’s one of the reasons why each year, more and more states pass new laws about the legal status of marijuana.

You could smoke it, drink it, or even – bake it. However, we should warn you that the last option to consume marijuana is only to be considered by those with extensive cannabis experience. It doesn’t matter if you decide to bake cookies, or perhaps a birthday cake weed will hit you like a runaway train. Why?

That’s because marijuana’s effects are slightly different and stronger when it passes through your liver. However, if you are brave enough, we invite you to try some of the recipes included below!

Why Are Edibles So Great?

When you eat a cannabis-infused cookie, your liver metabolizes THC into 11-hydroxy-THC, which is much more potent. However, edibles are considered to be the best method of getting high by tons of people because they are subtle. Even if you are in a state where marijuana is legal, people might not be happy if you start smoking a joint in a public space. However, there won’t be anyone protesting if you take a delicious marijuana-infused cookie out of your pocket and blast yourself into outer space.

At the same time, let’s not forget that smoking is bad for your lungs, and it also holds true if you are smoking weed. That’s why edibles are a smarter choice – although getting too high will be much easier than if you were to smoke weed, your body will be better off.

However, before you start preparing your kitchen utensils, you should remember about decarboxylation, or your weed won’t have much of an effect. Set the oven to 220 F, and place your weed on a baking sheet for 25 minutes. You could also consider grinding your weed first, which would make this process even more effective.

Even if you love bacon as much as we do, you probably haven’t considered making it so that it would have psychoactive properties. However, no need to worry – the recipe is pretty simple, and you’ll be amazed by the incredible taste of bacon, and probably other things as well in no time.

Preheat the oven to 275 F and sprinkle some cannabis onto one side of the slice of bacon. Put it into the oven for 10 minutes. After you take it out, make sure that the other half of the bacon doesn’t remain cannabis-free any longer, and put it back into the oven for another 10 minutes. Voila! Now you can share your bacon with friends or disregard our piece of advice and consume it on your own. We won’t judge you – it might be just too delicious.

There aren’t many people who are wild about butter, though we know how to change this unfortunate state of affairs. That’s simple: add weed. First, you need to melt butter in a saucepan; you could add some water if you are worried that it might burn.

Then, it’s time to add weed, though make sure that it’s been decarboxylated first. Now, you’ll have to be patient, as weed will need to stay for around 3 hours on medium heat. After that, you’ll need a funnel to sieve out the cannabis so that all that is left is cannabis butter.

Even though there aren’t many things in this world better than bacon, sometimes, for no reason whatsoever, it might be the ice cream that you want. It might not be the healthiest, but it can make hot summer days much more bearable. However, do you know what would make your days even better? The answer is simple: ice cream with weed.

First, melt 2 cups of whipped cream in a saucepan and add the weed butter. Now, you can get creative – although you’ll probably want to add sugar no matter what, you could also consider adding cherries, almonds, or whatever you like, of course, within reason. Then, let it cool down, put it into the freezer, and we promise you that the following day will be exciting.

Although some people swear that there is nothing like smoking a joint, edibles are a healthier alternative. Sure, smoking weed might be better if you want to feel the effects faster, as, in the case of edibles, you’ll have to be patient, because the first effects will kick in after about an hour. However, when you start feeling it, you’ll know that the time spent in the kitchen was well worth it.

Although the internet is full of great recipes, most of them might seem a bit intimidating to those who don’t consider themselves great cooks. That’s why we have decided to include recipes that are extremely easy to follow and that will leave you wanting more.

Indica Vs Sativa: Must Know Some Essential Before Consuming
Could 2021 Be the Prison-Break Year for Cannabis-Infused Foods?
Tips For Cooking With CBD
How to Add CBD to Your Daily Diet
Why Should You Try CBD Beverages?