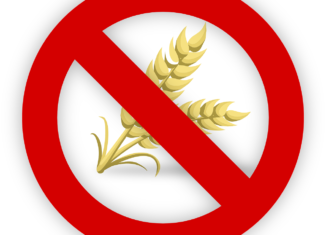 Gluten intolerance is incredibly common. Millions of people around the world suffer from an aversion to gluten – a protein found in wheats, rye, barley and other grasses. There are many layers of gluten intolerance. The most extreme is celiac disease – an autoimmune reaction that causes your body to trigger immunochemical excretions into your small intestine. A less extreme intolerance – known as gluten sensitivity- is on the rise in industrialized nations. By 2014, an estimated 3 million people in the United States alone claimed to have this sensitivity to gluten. There is disagreement in the endocrinological research community about what is causing this sensitivity. Some researchers believe that patients have a non celiac auto immune disorder, whilst others blame the kind of carbohydrates present in foodstuffs that also contain gluten

According to Marverine Cole – a beer sommelier writing for BBC Good Food – the Saucery IPA from Huddersfield based Magic Rock Brewery is the finest gluten free beer on the market in the UK right now.

Magic Rock are known for brewing zesty, distinctive ales, and this light gluten free bevvy really hits the spot in that manner. Cole praised the ‘papaya notes’ of the beer, and suggested that it could pair well with savory, unspiced foods.

As you can imagine, making a good bread without wheat is a tricky prospect. The Bfree baking company have achieved just that with their seeded sandwich loaf. This gluten free multigrain bread uses sunflower seeds and golden linseeds to emulate the texture of grains. It contains a decent amount of fiber and protein too – both things that are hard to accumulate as a gluten intolerant person.

Missing a great portion of energy containing carbohydrates with your gluten free meal? Luckily, all kinds of rice noodles are completely gluten free. Getting some good quality Japanese soba noodles for the pantry can make cooking soups and stir fries easy as a gluten intolerant person.

Rice noodles originated in China, but have since spread into the traditional cuisines of Vietnam, Cambodia, Japan, Laos, Myanmar, Thailand and Malaysia. The variety is startling, as is the many different ways in which they can be prepared. With such a huge world of recipes to explore using rice noodles, you certainly won’t feel like you are missing out.

Best Bread Makers reviewed and rated for quality
How to eat grapefruit?
The Perfect Diet for Kids Under 10 - All Foods Included!
How To Make Buying Groceries More Convenient in 2021
Quick Guide on How to Use Fireplace for Grilling