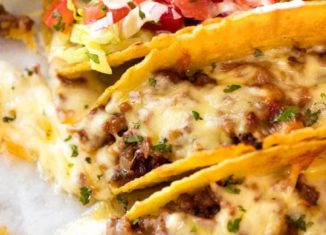 Do you know what happens when you combine premium ingredients and master chefs? The world’s most expensive foods for possibly the richest celebrities, politicians or other VIPs. Let’s have a look at some of the steepest costing and richest tasting meals the world that yearns for:

The Golden Opulence Sundae is a special order dessert served at the New York City restaurant Serendipity 3. That restaurant also serves the famous frozen hot chocolate drink, which costs around €10. This sweet delicacy is quite the penny pincher, but its quality is sure worth it if your budget allows it.

It boasts the highest quality chocolate and vanilla ice cream before topping it off with caviar and 23-karat gold leaf.

Popcorn is a lightweight snack that is usually served at movie theatres, theme parks, circuses and sporting events among other events. Depending on the size of the serving, they can cost anywhere between $3 to $15. And if you’re a big shot of some kind, you can even get some that costs around $2500. Crazy, right? Not for Berco, it isn’t.

Here’s we introduce you to Berco’s Billion Dollar Popcorn. When you visit the official Berco, you’ll be able to zoom in on the popped kernels and clearly see the gold leaf dusted over them.

You’ll be charged at $5, not for the bag, mind you this, but for a single kernel of the product. And their most expensive package is a 6.5-gallon tin that costs around $2500.

3.  The World’s Most Expensive Taco

Tacos are commonly offered around, with some taco trucks providing 8 tacos for $7. But $25,000? For realz? Well, it’s real and it sounds like the World’s Most Expensive Taco, which in fact, it is.

It is served at the Grand Velas Los Cabos in Las Vegas and for $25,000, you’ll get a taco that’s stuffed with Almas Beluga caviar, Kobe beef, black truffle brie cheese, and langoustine.

To wash this finger-licking delight down, you will need $150,000 of top-shelf tequila served in a white gold and platinum bottle. Truly an expensive serving.

Ice-cream, like tacos, are commonly available from ice-cream trucks, grocery stores, and malls for at least $3. But if you’re looking for top quality flavors and rich ingredients, then the Black Diamond Ice Cream will suffice.

This royal treasure for the tongue is available at Scoop in Dubai, a place that’s actually swimming in moolah. It comprises a pint of Madagascar vanilla bean ice cream, saffron, black truffles, as well as powder and flakes 23-carat gold, which is served at a nominal cost of $816 USD.

Yeah, it’s expensive, but at the very least you won’t be left with flimsy cardboard due to melted ice-cream. And you also get to take home a silver spoon as well as the gold bowl that the ice-cream was served in.

It’s no surprise that caviar is one of the world’s most luxurious foods. With that in mind, there was just no way we could possibly leave out the Almas Caviar. These types of fish eggs are from the Iranian beluga fish, which is a rare albino sturgeon found in the Caspian Sea.

It costs around $25,000 per kilo, is available at only a select Caviar House & Prunier stores and comes in a metal container that is covered in 24-karat gold.

The Indonesian Ayam Cemani chicken is unlike any chicken you’ve seen in your life. It’s most distinctive feature is its all-encompassing black color, including its comb, beak, feathers as well as its meat and organs. It’s a rare breed that is found in the Indonesian village of Java, Cemami that it is named after.

It was once sold by a Florida breeder named Paul Bradshaw for $2,500 per bird and was regarded as the “Lamborghini of Poultry.”

Since these are expensive foods, you may want to make use of food coupons and sweepstakes that can be found at surveyH.