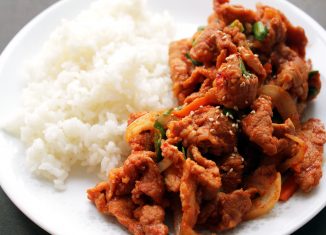 Bulgogi literally “fire meat” is a gui (Korean-style grilled or roasted dish) made of thin, marinated slices of beef or pork, grilled on a barbecue or on a stove-top griddle. It is also often stir-fried in a pan in home cooking. Sirloin, rib eye or briskets are frequently used cuts of beef for the dish. It is a beloved dish in both South and North Korea, having originated in the North. Bulgogi is ubiquitous in South Korea, from fancy restaurants to pan-ready kits at local supermarkets.

Bulgogi is believed to have originated from Goguryeo, when it was originally called maekjeok (맥적), with the beef being grilled on a skewer. It was called neobiani (너비아니), meaning “thinly spread” meat, in the Joseon Dynasty and was traditionally prepared especially for the wealthy and the nobility. 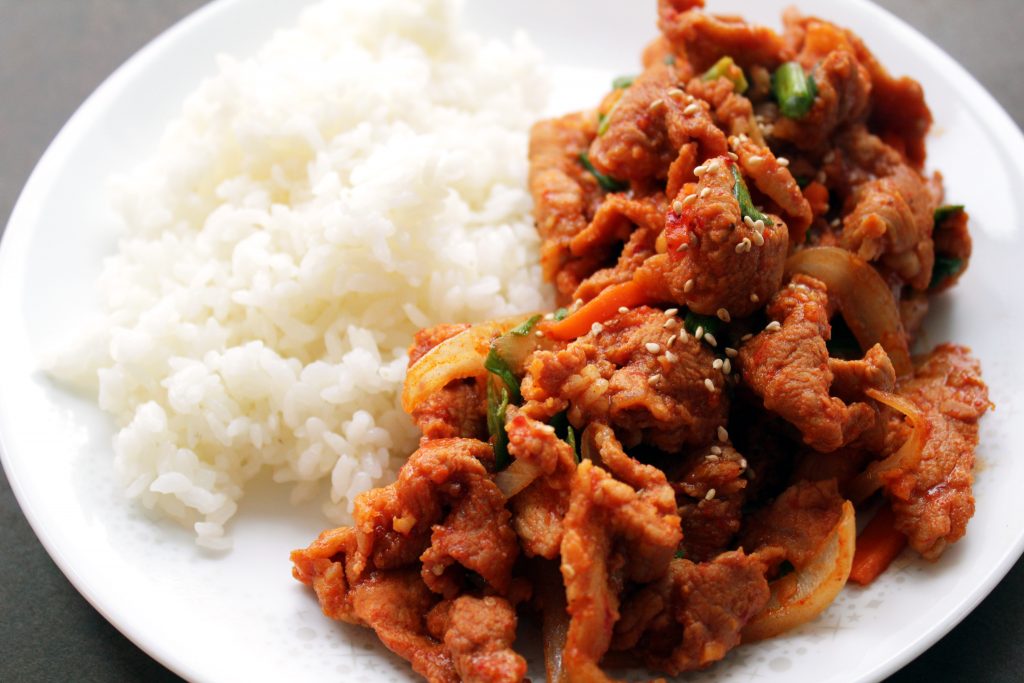 Bulgogi is made from thin slices of sirloin or other prime cuts of beef. Before cooking, the meat is marinated to enhance its flavour and tenderness with a mixture of soy sauce, sugar, sesame oil, garlic, ground black pepper, and other ingredients such as scallions, ginger, onions or mushrooms, especially white button mushrooms or matsutake. Pureed pears and onions are often used as tenderizers. Sometimes, cellophane noodles are added to the dish, which varies by the region and specific recipe. 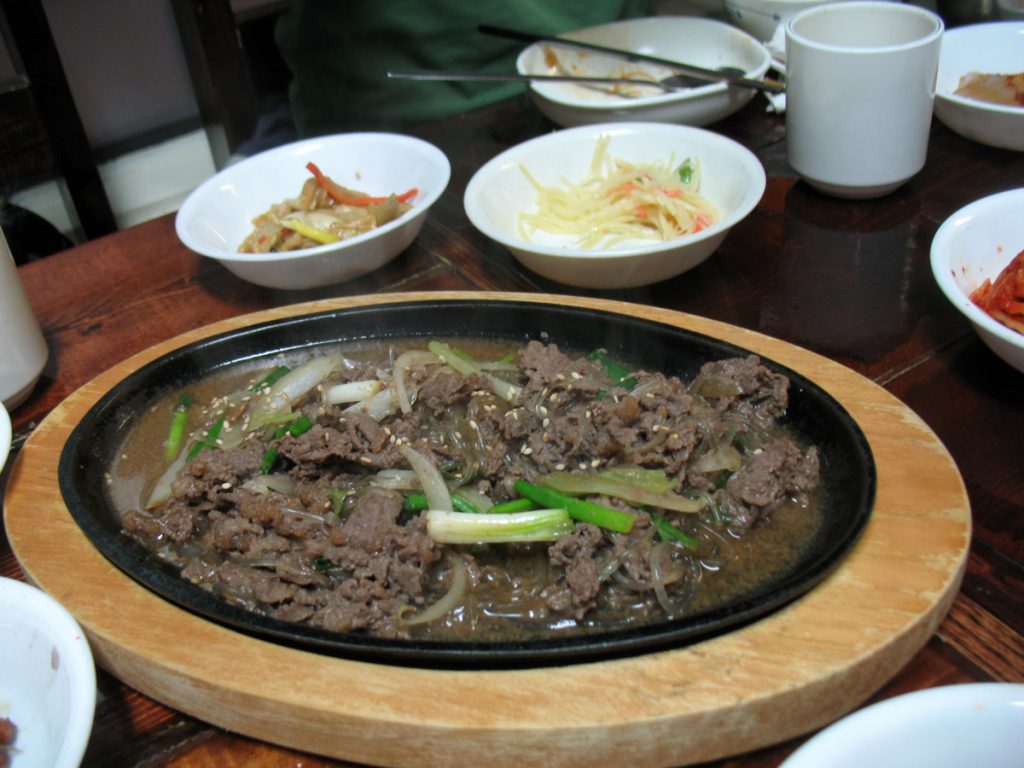 Bulgogi is traditionally grilled, but pan-cooking has become popular as well. Whole cloves of garlic, sliced onions and chopped green peppers are often grilled or fried with the meat. This dish is sometimes served with a side of lettuce or other leafy vegetable, which is used to wrap a slice of cooked meat, often along with a dab of ssamjang, or other side dishes, and then eaten together.

Anyone with good vegetarian InstaPot recipes?
Best place to buy Alphonso Mango Pulp in the US?
Paratha vs Parotha
Multipurpose hot sauce?
Uses for Amchoor powder