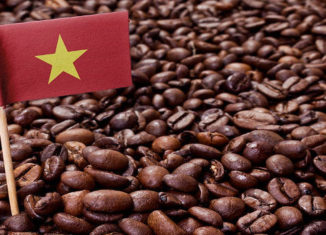 Coffee has deeply embedded itself in the society even before the popularity of cold brews and macchiatos. Most if not all, would have their own coffee-fix to start their day may it be from a coffee press, or espresso machine somewhere. But more than just the caffeine, coffee digs deep into every culture. It magically connects people together. A cup of coffee is enough to start a conversation, meet new people and experience different cultures.

Each nation would have its own coffee story and tradition. In Europe, people take their coffee very seriously. In Brazil, on the other hand, you would see adults allowing children to drink a cup, while in the Philippines, children would be trained to stay away from it until their teenage years. For Vietnam, coffee is more than a caffeine-fix. It’s a part of life. The way they prepare their coffee says greatly about how they appreciate the drink as it imbibes tradition, and passes down ancestral values.

This article has been inspired by this source article about how to find premium arabica and robusta beans in Vietnam : providing an expert perspective on vietnamese coffee beans.

Ranking of coffee in the world: A global overview

Business Insider states that coffee is the second most in-demand commodity all over the world. The coffee industry is valued at $100 billion on a global scale. Exporting alone already amounts to $20 billion, and continuously thriving with an annual growth rate of 5.5%. On average, 500 billion cups are consumed per annum.

Best country exporters in the world

Surprisingly, the largest coffee producers are mostly developing nations such as Brazil, China, Panama, and Kenya. Brazil alone produces approximately 43 million bags of coffee in a year. This accounts for 27% of global production. And, as the rise of the millennials continue, consumption of this black gold is expected to continue increasing.

According to World’s Top Exports, among the 15 countries that greatly export coffee, Vietnam sits on the 4th position generating a total of 2.41 billion dollars for 2019 alone.

Vietnam in the world ranking

Despite being one of the largest coffee exporters in the world, Vietnam has yet to develop its processing and branding strategies. Sadly, the country has not established a strong foothold for this commodity in the international market.

Nowadays, both locals and the Vietnamese government have taken the initiative to improve their coffee-game. Coffee is a staple for most, if not all of the locals. They have developed many types of coffee preparation, which is slowly being introduced to the world. What used to be a Robusta-centric industry is now taking advantage of their premium Arabica cherries.

What regions in Vietnam cultivate coffee?

Vietnam is commonly known for its Robusta beans and civet coffee. The main driver of the coffee industry in Vietnam is its wide range of Robusta bean varieties. This variety is usually much cheaper, more bitter, and less aromatic compared to its Arabica counterpart. However, in support of a stronger coffee industry outlook, the Vietnamese government has rolled out different initiatives that would help develop their own versions of the Arabica beans, which has also exhibited great quality in the global market.

In Vietnam, Arabica coffee is grown only in high-altitude regions for its suitable climate, and soil condition. There are 3 regions in Vietnam that pay particular attention to their Arabica beans:

The coffee season in Vietnam usually begins in October, just when the country bids goodbye to a wet and rainy season. By this time, coffee cherries are bright and red with a bit of gloss. This indicates that it is ripe for harvesting. Harvest is done by hand, stripping both ripe and unripe cherries from shrubs and trees. Nowadays, as the Vietnamese strive to produce higher quality coffee, picking of unripe coffee cherries has been avoided to lessen quality issues.

The most common coffee processing method in Central Vietnam is the dry method where coffee cherries are dried directly under the sun, or with the use of mechanical dryers. As compared to direct sunlight, machines have been more favored because if the drying process isn’t quick enough, coffee beans develop molds, and eventually decays. It takes an average of 12 to 16 hours per batch to mechanically dry those coffee beans. In contrast, large-scale coffee producers use the wet process. It is a more advanced technique, however more costly.

After drying, the coffee fruit turns from red to brown or blackish in color. The hull is taken off to reveal the green bean. Then it is roasted, ground and packed.

How to source premium coffee beans in Vietnam ?

Coffee exporting in Vietnam has always been a significant driver for its economy. However, due to an undeveloped marketing strategy, and processing production standard, quality issues brought about by the dry coffee process are seen to be a challenge.

Selecting an export quality coffee takes time and effort from the Ministry of Science, Technology, and Environment by the Vietnam government. Samples are taken frequently to ensure that it conforms to their standards. After sampling, defective particles are identified and are given a quality score. Aside from defects, coffee samples are then sieved and categorized accordingly before qualifying it fit for export.

Vietnam: best-value coffee in the world ?

The diversity of this country’s coffee culture is simply appealing. The sad matter of the fact is that even if it has been brought to first-world nations such as the United States, coffee connoisseurs are not aware of its origins referring back to Vietnam. As globalization bridged gaps between nations, coffee lovers should be educated about what Vietnamese coffee lays down on the table.

Tourists coming into Vietnam usually take a bag of coffee grounds or beans with them as souvenirs from their visit. Exploration and promotion should be further strengthened to help them etch a name in the global marketing arena, and further support their production and exporting capabilities.