You are here
Home > Asia > What to eat in Hong Kong? Best Honkong cuisine 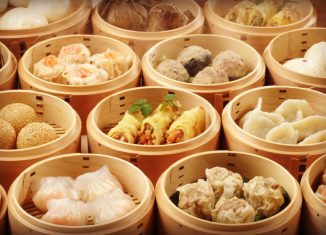 Dim sum is a style of Chinese cuisine (particularly Cantonese but also other varieties) prepared as small bite-sized portions of food served in small steamer baskets or on small plates. Dim sum dishes are usually served with tea, and together form a full tea brunch. Dim sum traditionally are served as fully cooked, ready-to-serve dishes.  In Hong Kong, and in most cities and towns in Guangdong province, many restaurants start serving dim sum as early as five in the morning

Fish balls are a common food in southern China, Hong Kong, Macau, Southeast Asia and overseas Chinese communities made from “fish paste”. Fish are either shredded, coarsely ground, or even pounded. The fish then undergoes prolonged mixing with added salt until a smooth texture is attained. This technique, similar to the process of making surimi, uncoils and stretches previously wound and tangled protein strands in the fish, which produces a food with firm “bouncy” textures.

There are three kinds of fishballs sold in Hong Kong. They are yellow, white and golden.

Chicken feet are used in several regional Chinese cuisines; they can be served as a beer snack, cold dish, soup or main dish. In Hong Kong they are typically deep fried and steamed first to make them puffy before being stewed and simmered in a sauce flavoured with black fermented beans, bean paste, and sugar or in abalone sauce. 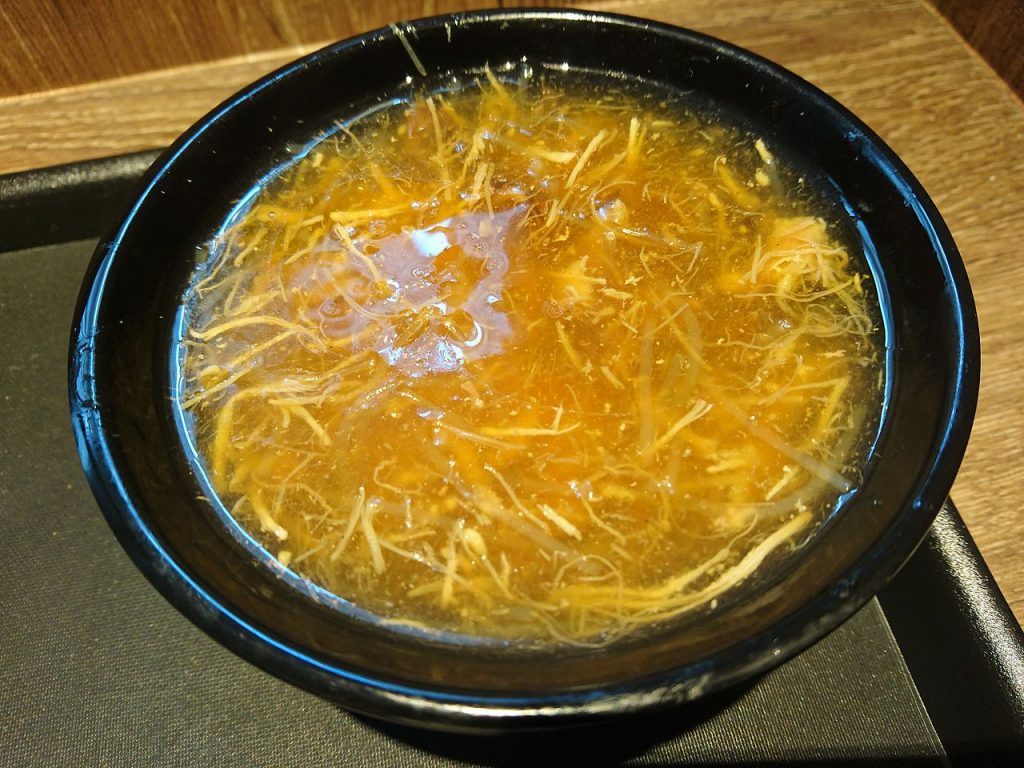 Common street food dish in Hong Kong and Malaysia especially in night markets. Traditional shark fin soup or stew is made with fins obtained from a variety of shark species. Raw fins are processed by first removing the skin and denticles, then trimming them to shape and bleaching to a more-desirable colour.

Ha gow is a traditional Cantonese dumpling served in dim sum. The dumpling is sometimes called a shrimp bonnet for its pleated shape.

Shrimp and chicken balls is a spectacular appetiser with which you’re certain to triumph when you have a special meal or celebration.

Lo mai gai  is a classic dim sum dish served during yum cha. The dish is also called by the literal English translations such as “steamed sticky rice with chicken in lotus leaf wrap.” The portion size of lo mai gai is generally quite large, so there is a smaller variant created known as jan jyu gai (literally: “pearl chicken”). Lo mai gai is mostly a southern Chinese food. It contains glutinous rice filled with chicken, Chinese mushrooms, Chinese sausage, scallions and sometimes dried shrimp or salted egg.  The ball of rice is then wrapped in a dried lotus leaf and steamed.

Char siu is a popular way to flavor and prepare barbecued pork in Cantonese cuisine. It is classified as a type of siu mei – Cantonese roasted meat. Char siu literally means “fork burn/roast” (siu being burn/roast and char being fork, both noun and verb) after the traditional cooking method for the dish: long strips of seasoned boneless pork are skewered with long forks and placed in a covered oven or over a fire.

The original Cantonese e sweet and sour pork  is made with vinegar, preserved plums and hawthorn candy for an almost scarlet colour and sweet-sour taste. A related Hong Kong/Cantonese-based dish is sweet and sour spare-ribs and it is identical in methods except spare-ribs are used in place of pork loins.

Chinese eggplants with minced pork and spicy garlic sauce is a humble and popular dish in Chinese kitchen.

The so-called Rickshaw Noodles is mainly made of instant noodle with a lot of ingredients such as hogskin, fish balls, sirloin, carrots and so on. Added some soup and sauce, all of the above materials can become a kind of fast food and be popular with the Hong Kong people in the 1960’s. In the past, vendors always sold this food in street corners with wooded cars. It is a good way to serve grassroots. That’s why Rickshaw Noodles obtained its name.

Hot pot is a Chinese soup containing a variety of East Asian foodstuffs and ingredients, prepared with a simmering pot of soup stock at the dining table. While the hot pot is kept simmering, ingredients are placed into the pot and are cooked at the table. Typical hot pot dishes include thinly sliced meat, leaf vegetables, mushrooms, wontons, egg dumplings, tofu, and seafood. The cooked food is usually eaten with a dipping sauce.

The egg tart (commonly romanized as dan tat) is a kind of custard tart found in Hong Kong, Taiwan, Portugal, Brazil, Britain, and various Asian countries, which consists of an outer pastry crust and is filled with egg custard and baked.

These noodles are best enjoyed in Hong Kong’s cold months. There’s an unexplainable comfort that a steaming bowl of noodles brings during cold days. Cold weather and warm food has always been a pleasant love affair.

As winter dishes appear on menus across the city, many Hongkongers look forward to the chance to tuck into warming claypot rice.There’s nothing quite comforting as the sound of a sizzling pot filled with a treasure trove of ingredients — from chicken to pieces of pork and mushrooms, stirred together with warm, fluffy rice and a moreish sauce.

Sago Mix is a traditional desert with a good reputation in Hong Kong. Its main ingredients are Sago and a variety of seasonal fruits. Pieces of colorful fruits adrift amid white pearl-like sago in beautiful container bring you magnificent visual effects.

Egg waffle is a spherical egg-based waffle popular in Hong Kong and Macau and is an eggy leavened batter cooked between two plates of semi-spherical cells. They are best served hot, and often eaten plain, although they may be served with fruit and flavours such as strawberry, coconut or chocolate. One piece of egg waffle can have around 20 to 35 small round ‘balls’. Egg waffles are among the most popular Hong Kong “street snacks” and were ranked No.1 in a 100 most popular HK street snack listing. They have been a favoured street snack since their emergence in the 1950s, when they were made with coal fire heating and sold from street kiosks in Hong Kong.

Crispy meat is doused in cumin to give the illusion that it’s been stranded in a windstorm, hence this dish’s quirky name. Roasted, the whole chicken is scattered generously with fried garlic to create a lively mix of flavours. Simply presented, it’s usually served on its own.

A pineapple bun/bread is a kind of sweet bun predominantly popular in Hong Kong and Canada. though they are also common in Chinatowns worldwide. It is known in Cantonese as bo lo baau, in which bo lo means “pineapple”, and baau refers to a kind of bun-like item in Chinese cuisine.

The top of the pineapple bun (the part which is made to resemble a pineapple) is made of a dough similar to that used to make sugar cookies, which consists of sugar, eggs, flour, and lard. It is crunchy and is quite sweet compared to the bread underneath. The bread dough underneath is the same used in Chinese style Western breads, which is a softer and sweeter dough compared to Western breads. It is popular with breakfast or afternoon tea. Although it is known as “pineapple bun”, the traditional version contains no pineapple. The name originated from the fact that its sugary top crust is cooked to a golden-brown color, and because its checkered top resembles the epicarp of a pineapple.

Order a bowl of beef brisket noodles in clear broth and gorge on the succulent pieces of tender meat in this supremely tasty soup base.

What to eat in Armenia? 32 best Armenian food list
25 Scrumptious Dishes must try in Pakistan: An insight to Pakistani Cuisine
What to eat in Sri Lanka? Best Sri Lankan food
The 33 Best Dishes to Taste in Korea
What to eat in Japan?