You are here
Home > Articles > On the Rise: 7 International Breads That Belong in Your Kitchen 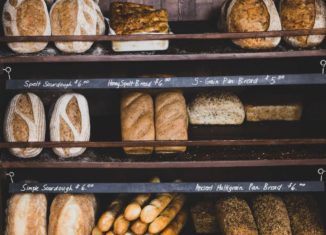 Bread is a staple found on tables around the world. It comes in many shapes and forms, and tastes differently depending on how it’s made. It can be a lot of fun trying breads from other cultures. Check out these 7 international breads and add them to your kitchen today.

This puffed flatbread is originally from the Middle East. It’s slightly chewy and makes a great addition to any meal.

It’s often used to dip in hummus. However, because of how the bread puffs up during the baking process, the center of the bread is hollow. You can stuff it with meat and vegetables for a great portable sandwich for a snack or light meal on the go.

Injera is a thin, spongy flatbread native to Ethiopia. It’s traditionally made with teff flour, though other flours are sometimes substituted. It is served alongside many Ethiopian meals to be used as a utensil. The bread is torn into small pieces and used to grasp and scoop up a variety of thick stews.

Similar breads are also staples in the surrounding countries, especially those on the Horn of Africa. Because of the immigration of many from this area to Israel, injera is also very popular in Israel.

Roti is unleavened bread made from whole-wheat flour. It’s a thin, flat bread fried up in a skillet—similar to a tortilla. It’s often served with meat, vegetable, and sauces.

Because roti has spread to be a staple of many different countries on several different continents, this flatbread has many variations. There are some varieties that are saved for special occasions, some that are reserved to be served with specific stews, and some that have other ingredients, like coconut, added. With so much variety, you’ll be sure to find one that fits your family’s tastes.

You’ve probably seen French baguettes at the store or been served them at a restaurant. A baguette is a long loaf of French bread with a crusty exterior and a chewy interior.

These are very versatile so you can incorporate them into your own cooking in any of several ways. A French baguette loaf can be cut into thick rounds and toasted with butter to be served with pasta dishes, or you can get creative and load it with toppings to eat like a sub.

Pao de Queijo is a Brazilian cheese bread made from yucca fibers and formed into small balls. It is a popular snack and breakfast food in Brazil. These cheesy buns are often served alongside eggs, meat, and fruit for breakfast. They’re also commonly sold by roadside vendors and are relatively inexpensive.

Mantou is a steamed bun that has been a part of Chinese culture for centuries. It is a soft white steamed bread that is popular in Northern China, but served everywhere in China. They are often served with breakfast and can be found in abundance from street vendors.

A popular variation involves deep frying the buns until they are golden and crispy, and serving them with sweetened condensed milk as a dessert. The dessert is referred to as “gold and silver mantou.”

The leavening agent in traditional Irish soda bread is baking soda, which is where the bread gets its name. It’s a “quick bread” that is easy to make and can be prepared quickly. The traditional bread has just four ingredients (flour, baking soda, salt, and buttermilk), but variations can be found with the addition of butter, raisins, or nuts.

These delicious breads from around the world can have a place in anyone’s home. If you’re ready to shake things up in your kitchen, pick them up from the supermarket or even try making your own.