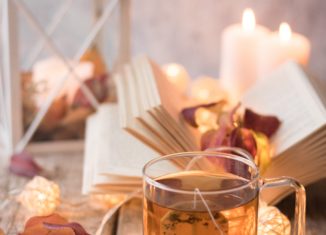 Around the world, 2 billion people drink tea every morning. With 3 billion tons of tea produced worldwide each year for consumption, the variety of teas to choose from is almost overwhelming. For those looking to broaden their tastes and try something new, however, branching out and looking towards different regions of the world is sure to uncover a new favorite. From teas with medicinal purposes to a British classic and the rich history behind an Indian favorite, here are just a few that are worth trying.

Tea culture in the UK
Tea is arguably the most popular drink in Britain, with over an impressive 100,000,000 cups consumed in the UK every single day of the year. One British classic, for example, involves that of English breakfast tea. Composed of a traditional blend of black teas, English breakfast tea is often described as robust and rich in flavor, and is often enjoyed with milk and sugar alongside a full English breakfast.
Aside from English breakfast tea, Earl Grey, green tea, and a variety of herbal teas are also quite popular in the UK. That said, enrolling in a tea subscription service is a great way to try several out when searching for a new British-inspired favorite. With the ability to try any tea from around the world, subscription services such as a tea of the month club will allow you to try a new tea from a different country each month. And, with delivery to your door, you won’t have to stress about whether or not your local grocery store has any new teas in stock.

The rich history behind Indian chai
Chai tea is perhaps one of the most popular beverages originating from India that can now be found in a variety of styles — from chai lattes to flavored renditions galore. However, the rich history behind the traditional cup of masala chai highlights it’s cultural significance, making it much more than a spiced sweet tea. While the history is complex, The Indian Tea Association, made up of British owners, launched a 40 plus year campaign back in 1901 to popularize tea among Indians, making for a significant time for the origin story of chai. While this started with cheap tea being given away at public gatherings, the urging of tea breaks among industrial workers, and even tea stalls, chaiwallas (tea street vendors), began adding masala to tea between WWI and the 1930s. Seen as an “act of rebellion against the British,” according to Sana Javeri Kadri, owner of Diaspora Co., chai became a very symbolic beverage. While it originated in India, chai tea is enjoyed throughout South Asia and the rest of the world today. For those who have never tried a cup, chai is often described as a sweet, milky, and spiced black tea, with the word “masala” translating to spice blend from Hindi, and “chai” meaning tea.

Coca tea from Cusco
When it comes to unique teas from around the world, coca tea is certainly one worth noting. Should you visit Cusco, Peru, you’ll likely find that the consumption of coca tea is quite popular, with many locals starting their day off with a cup. Known for having a slightly bitter taste, the tea looks similar to a green tea, and comes from the coca leaf. As such, while coca leaves are the basic ingredient for cocaine, drinking coca tea is not addictive, and actually has a few noteworthy and unique benefits. In addition to a boost of energy, it’s even used as a natural remedy for altitude sickness — something that one may encounter on a visit to Cusco. However, it’s worth mentioning that coca leaves/tea are illegal in the United States, making this tea one you’ll have to travel for (and refrain from bringing home with you).
When looking to expand your tastes in tea, there are many countries out there with amazing infusions worth trying. From a sweet and milky spiced chai to a traditional English breakfast blend, some tea enthusiasts may find that some — like coca tea — may even be worth traveling for.

Eat around in the world in Disney World's Epcot
Understanding The Blister Packs – Plastic Backers Vs. Paperboard Backers
What type of grill is best?
How to Start Business like Big Baskets
You have to try these two Haitian fried dishes