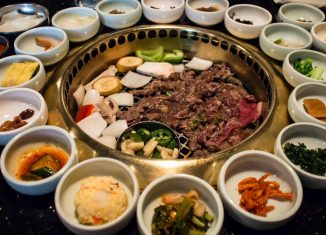 Korean barbecue (고기구이, gogi-gui, “meat roast”) refers to the popular method in Korean cuisine of grilling meat, typically beef, pork, or chicken. Such dishes are often prepared on gas or charcoal grills built into the dining table itself. Some Korean restaurants that do not have built-in grills provide customers with portable stoves for diners to use at their tables. Alternatively, a chef uses a centrally displayed grill to prepare dishes to order. 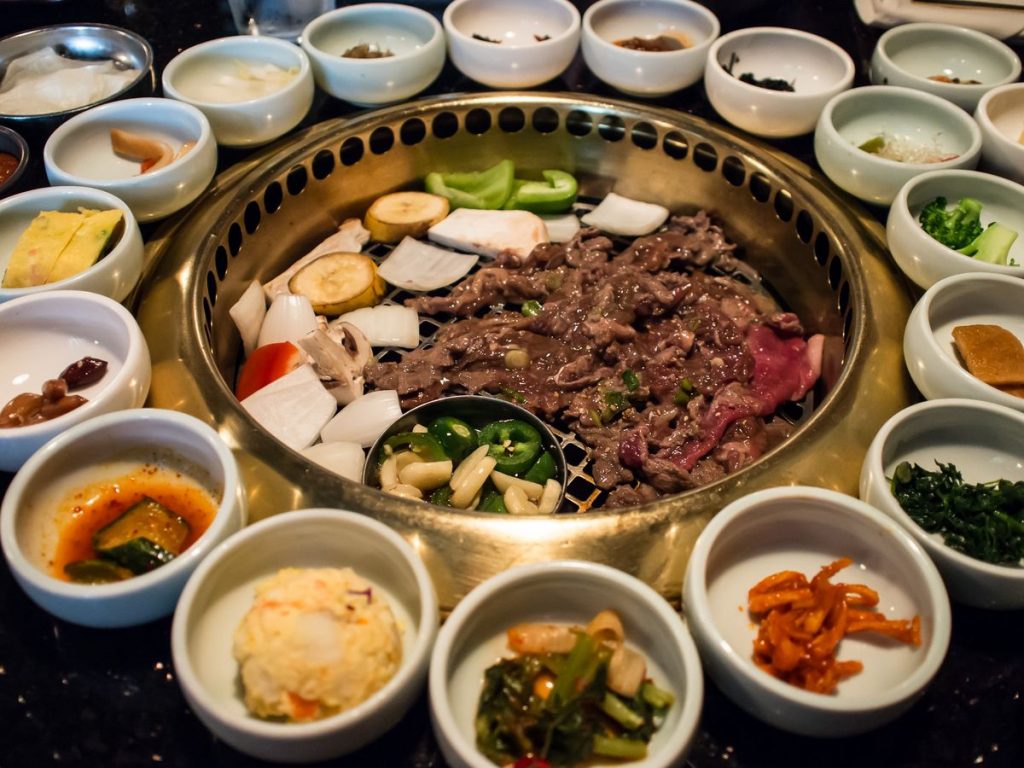 The most representative form of gogi-gui is bulgogi, usually made from thinly sliced marinated beef sirloin or tenderloin. Another popular form is galbi, made from marinated beef short ribs. However, gogi-gui also includes many other kinds of marinated and unmarinated meat dishes, and can be divided into several categories. Korean barbecue is popular among Koreans, but has also gained popularity worldwide. 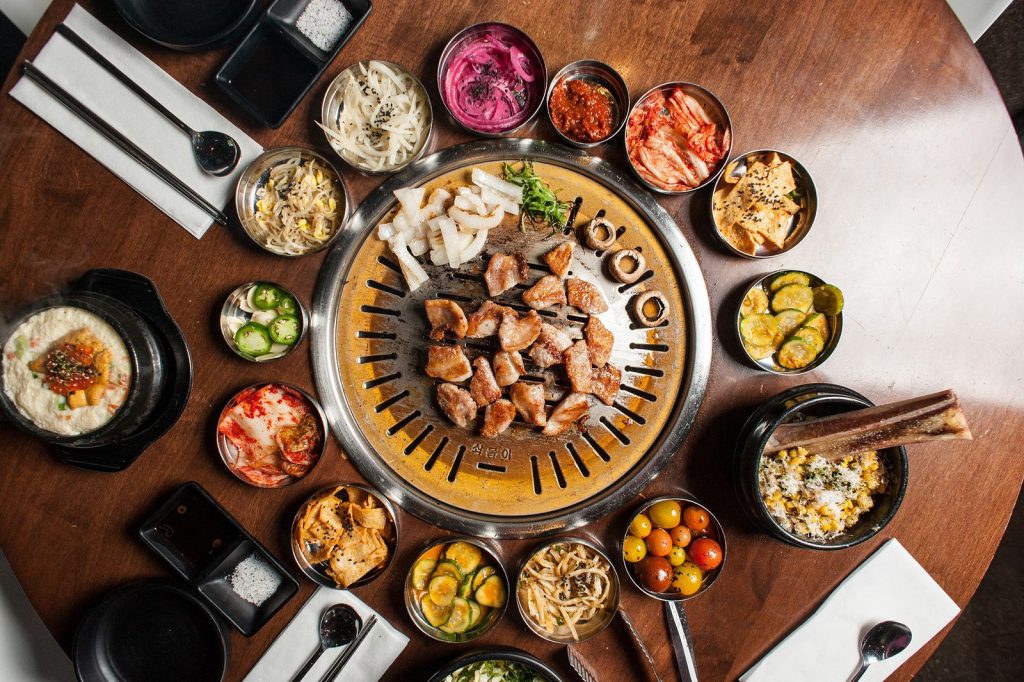 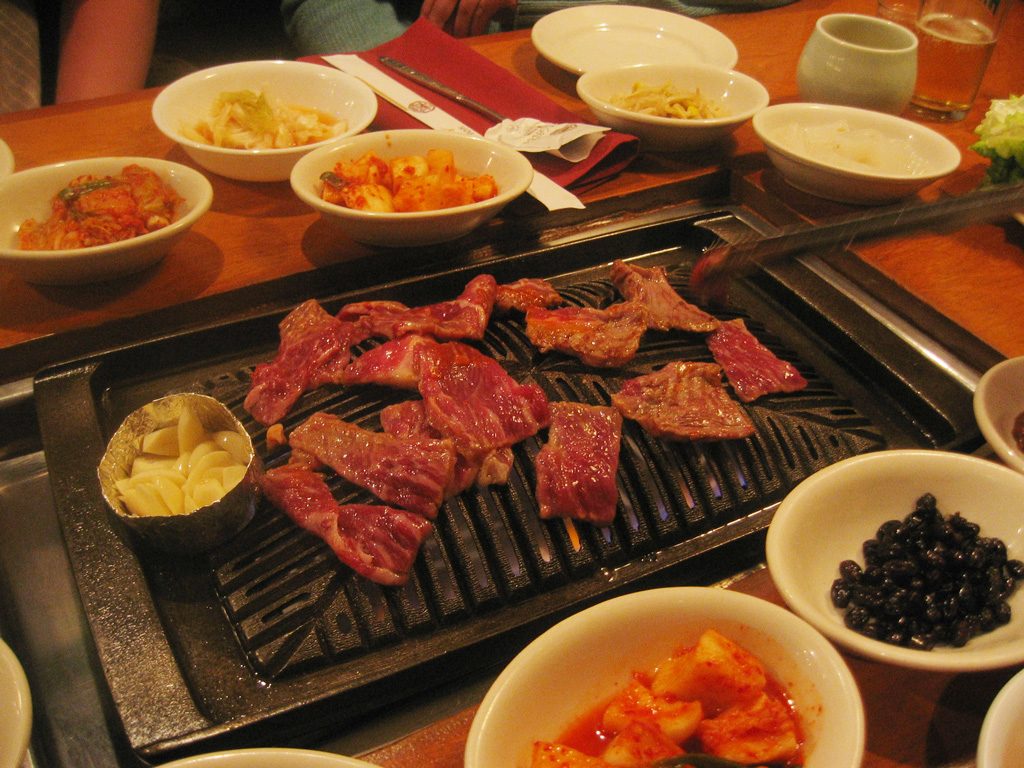 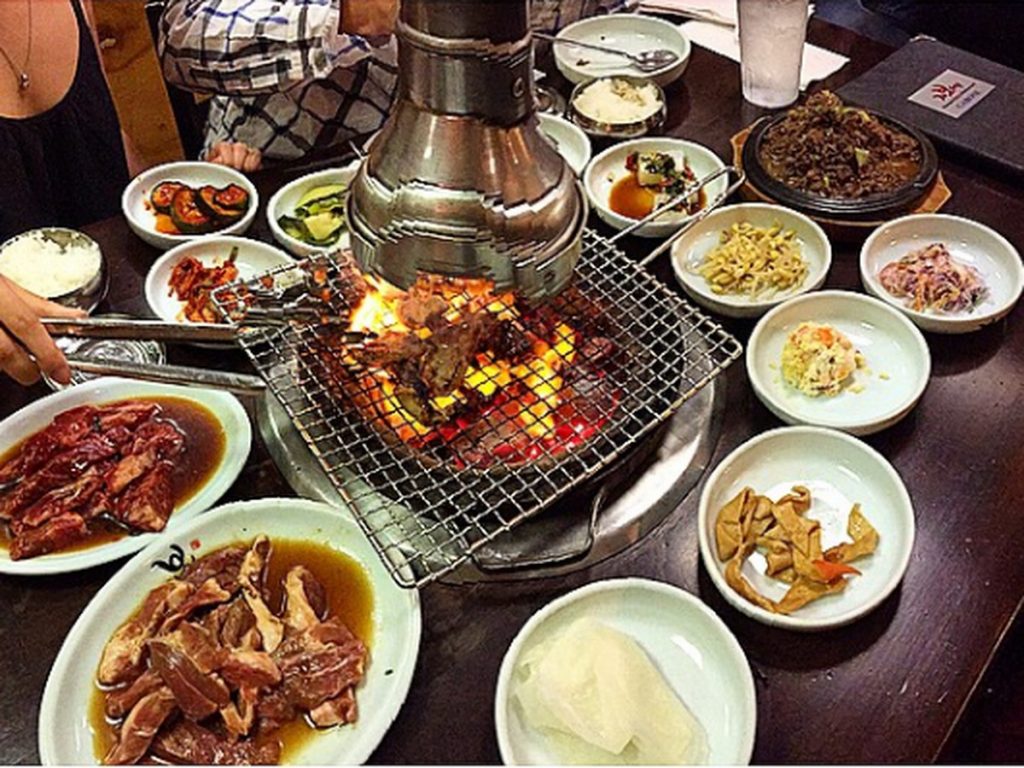 According to a grill research website, Bulgogi is the most popular variety of Korean barbecue. Before cooking, the meat is marinated with a mixture of soy sauce, sugar, sesame oil, garlic and pepper. It is traditionally cooked using gridirons or perforated dome griddles that sit on braziers, but pan cooking has become common as well.

Galbi is made with beef short ribs, marinated in a sauce that may contain soy sauce, water, garlic, sugar and sliced onions. It is believed to taste best when grilled with charcoal or soot (숯, burned wood chips).

Jumulleok is short steak marinated with sesame oil, salt and pepper. It is almost similar to unmarinated gogigui and one thing that distinguishes it from other kinds is its steak-like juicy texture. Spicy pork daeji bulgogi is also a popular gogigui dish. It is different from beef bulgogi in that the marinade is not soy sauce-based, but instead, is marinated in sauces based on gochujang and/or gochu garu (Korean chili powder). 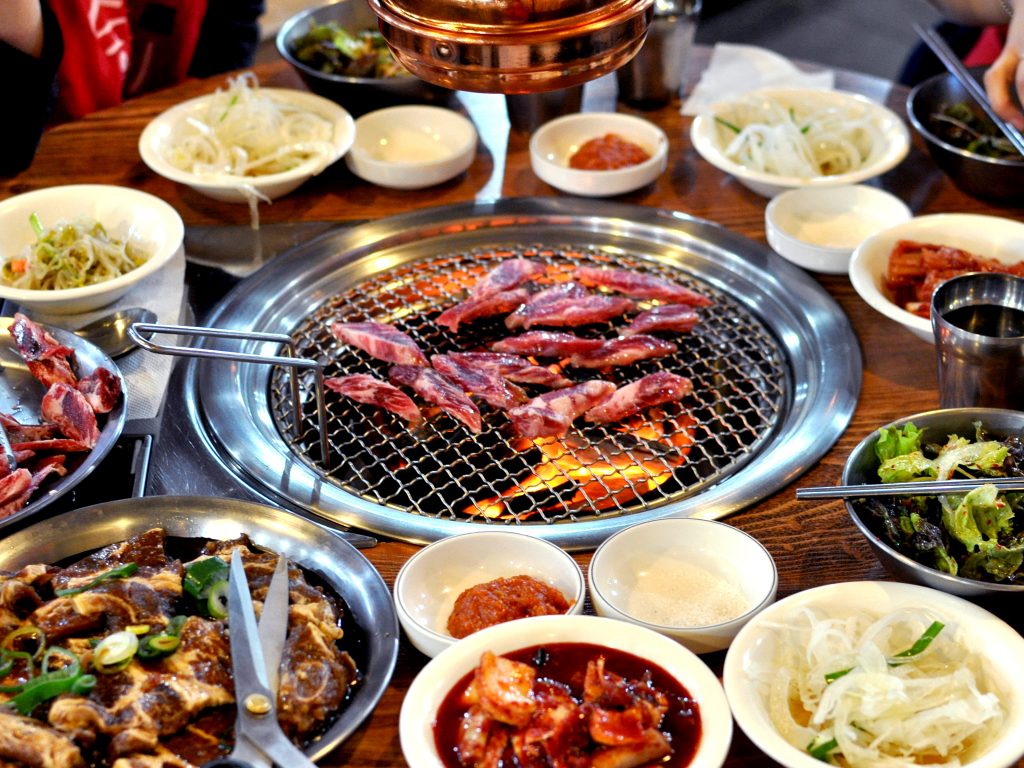 Chadolbegi is a dish made from thinly sliced beef brisket, which is not marinated. It is so thin that it cooks nearly instantly as soon as it is dropped onto a heated pan.

Samgyeopsal is made of thicker strips of unsalted pork belly. It has fatty areas and is tender. In Korea, samgyeopsal is eaten more frequently than chadolbegi due to the comparatively lower price of pork.

Read our article about Korean Food.

I Failed again at making saag 🙁
What is your "americanized" indian recipe?
Flour tortillas for samosas?
How To Make Green Peas Pulao | घर में Matar Pulao बनाने का तरीक़ा | मटर पुलाव
Can we talk about yoghurt?