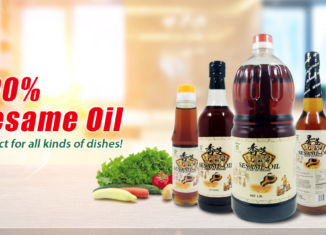 Sesame oil is an edible vegetable oil which is extracted from sesame seeds. It is used as cooking oil as well as flavor enhancer because of its nutty aroma and taste. Sesame seeds were one of the earliest crops used for oil extraction as well as the earliest condiment. Original sesame oil is loaded with health benefits and does wonder to skins.

How to choose sesame oil?

The variety of sesame oil brands in the market causes ambiguity about quality of sesame oil, and it becomes difficult to distinguish pure sesame oil from impure one. Sealed sesame oil is the first thing to ensure the freshness of the oil. But a few other tests can be applied to figure out the purity of sesame oil.

Sesame oil is called Queen of oils. It has a vast effect on the health of individuals. Sesame oil is enriched with vitamins and minerals. It contains manganese, copper, magnesium, phosphorus, zinc, selenium, vitamin E and vitamin B1. It is well known for its antioxidant activity.

Sesame oil is being used for the healing purpose for thousands of years. Its antibacterial property inhibits the growth of free radicals and pathogens and skin fungi, for instance, athlete’s foot fungus. It also acts as an anti-viral and anti-inflammatory agent.

Experimentation of physicians in Holland revealed that sesame oil had been used for curing chronic diseases like migraines, hepatitis and diabetes. It helps unblock arteries. It is greatly helpful in combating and inhibiting the growth of cancerous cells. It inhibits the growth of malignant melanoma (skin cancer) and replication of human colon cancer cells.

Sesame oil is a blessing for every type of skin. Presence of Vitamin E in sesame oil makes it moisturizer and its use on dry skin keeps it hydrated, moisturized and nourished. It acts as a natural sunblock and prevents skin from damages of UV rays and sun tanning. Due to the healing properties of sesame oil, it is used for skin rejuvenation. It is useful for acne-prone skin because of its oil pulling properties.

Sesame oil is effective for oral health. Along with the improvement of teeth, gums and jaws health, it prevents tooth decay and bleeding gums. Rinsing mouth with sesame oil reduces gingivitis, causing bacteria up to 85%.

Unsaturated fats in the diet are good for the heart. Sesame oil consists of 82% unsaturated fatty acids, and it is rich in Omega-6 fatty acids which help in heart disease prevention. It also slows down plaque formation in arteries. It lowers the cholesterol level. Sesame oil plays a vital role in blood sugar regulation, especially in diabetic patients.

Sesame oil is rich in flavor and nutritional benefits. The abundance of minerals in oil plays a vital role in curbing a lot of diseases. Consuming sesame oil not only gives flavor to food but also helps in maintaining good health.