You are here
Home > Various articles > I want to make butter out of yogurt to make ghee. Should I use greek yogurt or whatever “normal” yogurt is sold in American chain supermarkets? 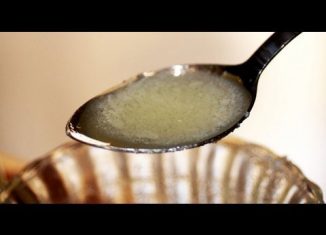 I found [this](https://www.youtube.com/watch?v=oS9uYroj0LE) video on my suggested videos which possessed me to try and make yogurt butter from scratch. I know that ghee can be made from normal butter, but this video kinda convinced me to try making it out of yogurt instead since it will apparently be a veeery different result. I don’t really understand anything about dairy or the dairy process so I’m not sure of a lot of things related to what type of yogurt I should use, how the process works, what to do, why, and what utensils should I use?

Background: I used a small amount of leftover (like, 1/5 of a 24 oz container) whole fat Greek yogurt with all of the above as reference and I couldn’t get any of that butter separation to happen. I tried several utensils including a whisk attachment on a hand blender, a Magic Bullet blender, and a push whisk to try and churn the yogurt. Ultimately, I was left with a frothed substance that’s similar in consistency to matcha that’s whisked properly with either a chasen or milk frother. I’m not sure if it was the type of yogurt (whole fat Greek) or if I had already used the entirety of the parts that would contain the stuff that eventually turns into butter.

I live in rural America, and the only places to buy groceries are places like Walmart, Kroger, Target, and local stores that kinda don’t exist anymore. The closest Indian grocery store is an hour away in a city which isn’t too terrible of a distance, but I don’t live in that area primarily yet so I want to get accustomed to using it with rural groceries instead for now. For this yogurt -> butter -> ghee stuff, should I use whole fat Greek yogurt or whatever kind of wholefat yogurt that’s sold in places like Walmart? I’m honestly not too familiar with the difference between these two types of yogurt so please excuse my ignorance.

I’m not entirely sure if I understand what I should be doing here either. Pretty much I used a skimmer and took out the top sorta solidified layer of the Greek yogurt for about 2 days and put it into a separate container while leaving as much liquid as possible in the yogurt’s original container until I felt enough I had enough to make the butter. After taking only the top congealed layer, I left the yogurt to sit in the fridge for another day until more creamy parts sat at the very top layer. Taking what I gathered straight out of the fridge, I tried whisking it as-is with multiple utensils for several minutes and it still didn’t produce the butter stuff. I ended up with liquid with similar consistency/foaminess to properly whisked matcha. Was what I doing a complete misunderstanding of the process or was this fine?

Tomato Ki Chutney
Can we talk about yoghurt?
Korean barbecue (BBQ)
Can i substitute frozen okra for fresh?
Alternatives to tofu for my curries?