You are here
Home > Drinks > What to drink in Hungary? Best Hungarian drinks 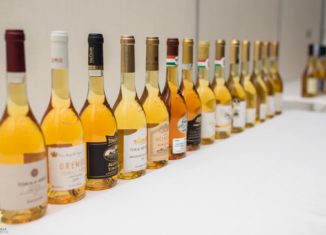 Pálinka is a traditional fruit brandy in Central Europe with origins in Hungary, known under several names, and invented in the Middle Ages. Protected as a geographical indication of the European Union, only fruit spirits mashed, distilled, matured and bottled in Hungary, and similar apricot spirits from four provinces of Austria can be called “pálinka”, while “Tótpálinka” refers to wheat derived beverages. Törkölypálinka, a different product in the legal sense, is a similarly protected pomace brandy that is commonly included with pálinka. While pálinka may be made of any locally grown fruit, the most common ones are plums, apricots, apples, pears, and cherries.

The best-known Hungarian wine is Tokaj, which has been known as the “King of Wines and Wine of Kings” for hundreds of years. The most valuable species is Tokaji aszú, which is the more valuable the more puttones are added to the wine – the late-harvested, honey-sweet grape fruit. Szamarodni Tokaj is also very popular, as it can be sweet, semi-sweet and dry. Hungarian red wines come from the regions of Eger, Szekszárd and Pécs, the most important representatives are: Egri bikavér, Medoc noir, Villányi burgundy and oportó. Of the white wines, perhaps the best known are those from the Lake Balaton region, made from grapes taken from vineyards located on volcanic hills. These are: Badacsonyi rizling, Badacsonyi szürkebarát, Kéknyelű. Wines from the foothills of Matra, such as Abasári rizling, are also liked.

Wine with soda, in Hungary called fröccs, carries with it the whole philosophy of names and proportions:

Unicum is the most famous Hungarian liqueur in the world. It was created in 1790 by József Zwack, who was the court physician of Emperor Józef II Habsburg. It was the emperor who tasted the liqueur and gave it the name unicum. The recipe of the liqueur is a closely guarded secret, it is only known that it contains about 40 different herbs, which apparently can be found in the Pannonian Plain. Unicum is an excellent digestif. The taste is bitter-sweet, we can smell roasted wood, coffee, cinnamon and herbs. Its consistency is thick, sticky and dark brown in color.

Cola-wine is basically red wine mixed with cola, and it is often the drink with which teenagers ‘get used to’ drinking wine, as the sugary cola masks the taste of alcohol and of cheap red wine.

Macum is an original alcohol curiosity, because it is a combination of palinka and poppy. Although the name indicates more about the relationship with Unicum, except for the dark color and usually bulky – although in the photo you have a square – a bottle, nothing connects them.

Beer in Hungary has been brewed for well over a thousand years and the country has a significant history of commercial beer production. There are a few established Hungarian beers widely available; Arany Ászok and Soproni, both similar bitter pilsner-style golden lagers, are among the most common and popular Hungarian beer brands.

A Beginner's Guide To Different Types Of Alcoholic Drinks
Top 10 drinks to try in Cuba
20 Most Famous Drinks You Should Know How to Make
Top 5 Wine Destinations for 2020
Pairing meat and wine: essential tips for everyone